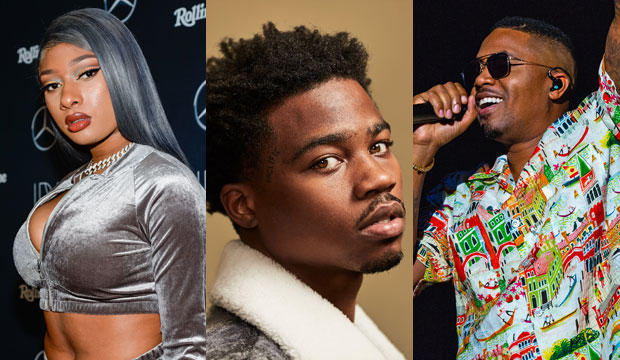 The Grammy rap nominations this year were a little controversial, snubbing big hit albums like Roddy Ricch’s “Please Excuse Me For Being Antisocial” and Lil Baby’s “My Turn,” as well as shocking shutouts like Lil Uzi Vert, Run the Jewels, and more. Regardless, here are my thoughts for each of the four categories. Do you agree with who I think will win and who might surprise on Grammy night?

First and foremost, our congratulations to the nomination review committee, because this is a really good selection of performances. Undoubtedly the front-runner here is Megan Thee Stallion and Beyoncé’s “Savage (Remix).” The song is the biggest hit among the nominees (along with Jack Harlow’s “Whats Poppin”), and is the only song here also nominated in the general field (Record of the Year).

Not only that, but Megan Thee Stallion has tremendous hype, releasing her debut studio album “Good News” recently to critical praise (though that album won’t be eligible for Grammys until 2022), and winning at multiple other events like the American Music Awards, the BET Awards, the BET Hip-Hop Awards, the Soul Train Music Awards, and the VMAs. “Savage” is also helped by Grammy darling Beyoncé, who is always a nice addition since she already has 24 Grammys in her career and is this year’s most nominated artist with nine bids.

If not for “Savage,” the front-runner would probably be Lil Baby’s “The Bigger Picture.” The song touches on Black Lives Matter and racial inequality, and Lil Baby had an amazing year in general with his chart-topping album “My Turn,” which included this top-10 hit. He also had another top-10 single with fellow nominees DaBaby and Pop Smoke with “For the Night.” Overall, it might be a good opportunity for Grammy voters to not only honor BLM but also a massively successful rapper to cap off a breakthrough year.

SEEWho will win Grammy country categories after the shocking snubs of Luke Combs, The Highwomen and The Chicks?

Speaking of new rappers, next in line after those two is definitely Pop Smoke with “Dior.” While the song isn’t his biggest success, it was his first mainstream hit, and awarding “Dior” would be a way to posthumously honor the rapper, whose career was right on the verge of blossoming when he was tragically killed in February at age 20. If Pop does win, this would be the second year in a row this award is posthumous, following “Racks in the Middle” by the late Nipsey Hussle in 2020 (he’s nominated posthumously again this year).

“Deep Reverence,” the song Nipsey is currently nominated for along with Big Sean, might be too low-key to win, but it’s a nice addition to the set of nominees. Posthumous rap wins are rare, but perhaps voters might make another exception for him or Pop Smoke.

This category could go multiple ways. Roddy Ricch is here twice with “The Box” and as a featured artist on DaBaby’s “Rockstar.” “The Box” might have the edge out of the two, being the bigger hit. “The Box” also beat out “Rockstar” for the BET Hip Hop Award for Song of the Year. However, “Rockstar” was still a huge hit, and DaBaby is having a banner year, earning four nominations this year. Not to mention that voting for “Rockstar” would give the academy a chance to reward both artists instead of just one of them. With that in mind, either could win.

However, could those two songs split the vote? Possibly, in which case we should look out for recent Grammy favorite Anderson Paak to score a surprise win here. Paak has been embraced by the Grammys over the last couple of years, upsetting multiple hits two years ago to win Best Rap Performance for “Bubblin” (tied with Kendrick Lamar’s “King’s Dead”), and then surprising again last year with “Come Home,” which won Best R&B Performance over Grammy winners Daniel Caesar (“Love Again” with Brandy), H.E.R. (“Could’ve Been” with Bryson Tiller) and Lizzo (“Exactly How I Feel” with Gucci Mane), despite those three having bigger hits. If the Paak hype is still there, he could win yet again.

This will likely be a battle between the two front-runners for each performance category — “Savage” and “The Box” — with a possible upset from the more topical “The Bigger Picture.” Out of the top two, “The Box” seems like it has the advantage since it was a bigger hit and is also nominated for Song of the Year, which shows strong support for its songwriting. However, both songs are general field nominees since “Savage” is up for Record of the Year, so it’s probably a 50/50 coin toss between the two.

One of the WTF categories this year when nominations were announced. It was weird seeing top contenders like Run the Jewels, Roddy Ricch, Pop Smoke and Megan Thee Stallion snubbed here. However, it was probably a good old Grammy set-up to ensure an easy win for rap icon Nas, who somehow has still not won a Grammy despite being one of the most iconic faces in hip-hop over the past 30 years.

But he might face competition from Jay Electronica’s “A Written Testimony,” which has appeared on many year-end lists of the best albums of 2020 and is additionally helped by Jay-Z, who is featured on the album and is pretty much rap royalty at the Grammys (22 wins to date).

Also watch out for Freddie Gibbs and The Alchemist’s “Alfredo,” another critically acclaimed project from an overdue rapper. The other nominees in this category will probably not be a factor here (D Smoke with “Black Habits” and Royce Da 5’9″ with “The Allegory”), but props to the Grammys for shining a light on less mainstream albums this year.