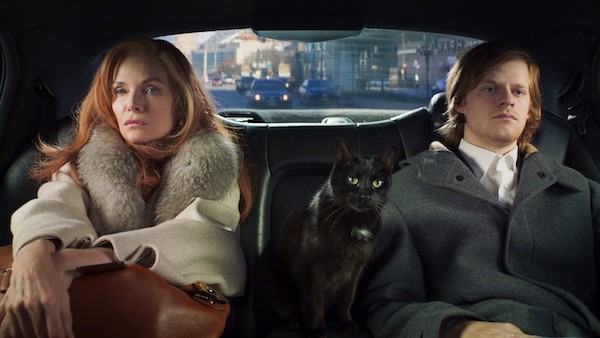 With the coronavirus pandemic not disappearing any time soon, many studios aren’t about to waste their precious big-budget-must-be-seen-on-the-big-screen vehicles on VOD or streaming sites. As of this writing, Warner Bros. plans to open Christopher Nolan‘s time-travel saga “Tenet” in select theaters over the Labor Day weekend.

But Disney announced that they would be pulling “Mulan” and “The French Dispatch” from their 2020 schedule. The House of Mouse also pushed back its three “Avatar” sequels and delayed a trio of “Star Wars” outings. Paramount joined in by pushing “A Quiet Place Part II” and “Top Gun: Maverick” to next year and Sony moved “Spider-Man: Far From Home” to December 2021.

But the film awards season must go on in some form and there are likely to be titles in contention with ensemble casts featuring male supporting players who were previously nominated for an Academy Award for acting but have yet to win.

Willem Dafoe — The four-time Oscar nominee competed for his supporting roles as a sergeant during the Vietnam War in 1986’s “Platoon,” in 2000’s “Shadow of the Vampire” as silent actor Max Schreck, and as a kindly manager of a motel in 2017’s “The Florida Project.” He earned his first lead bid as Vincent Van Gogh in 2018’s “At Eternity’s Gate.” He could be up for his supporting role in Guillermo del Toro‘s “Nightmare Alley” if the COVID-19-delayed production is completed in time.

Lucas Hedges — This young actor was previously up for his supporting part in Kenneth Lonergan‘s emotional 2016 family drama “Manchester by the Sea” as a teen who moves into the house of his troubled uncle after his father dies. Hedges might get another chance for gold in “French Exit” as the son of Michelle Pfeiffer, who plays a nearly destitute widow who moves to Paris with Hedges and a cat, which actually is her reincarnated husband.

Richard Jenkins — The popular character actor rose to the occasion and was nominated for his lead role in 2007’s “The Visitor” as a lonely middle-aged man who helps out a newly arrived immigrant couple in post-9/11 New York City. He also earned a supporting bid for 2017’s “The Shape of Water” as a closeted gay man during the Cold War who befriends his mute female neighbor as she falls in love with an amphibious creature. Jenkins could be on the ballot again as a senior citizen who shares a life of swindling and scamming with his accomplice wife (Debra Winger)  while training their daughter to follow in their footsteps in Miranda July‘s “Kajillionaire.”

David Strathairn — The actor was nominated for a lead Academy Award as legendary newsman Edward R. Morrow in the George Clooney-directed “Good Night, and Good Luck.” He joins Frances McDormand in Chloe Zhao‘s “Nomadland,” about older American workers who travel in campers in search of employment. Strathairn also has a part in the aforementioned “Nightmare Alley.”

Which previously nominated actor is the most overdue for a win? Take the poll below and share any thoughts about what is shaping up to be a rather up-in-the-air awards season.