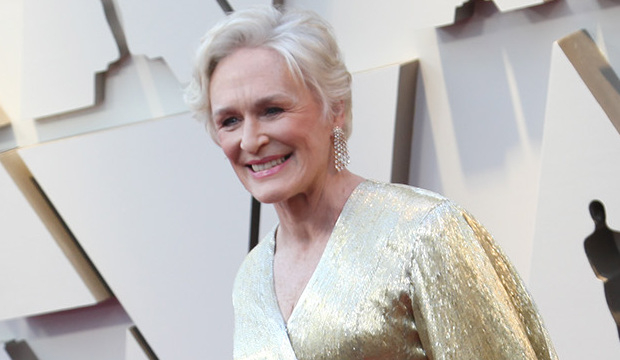 Which long-denied previously Oscar-nominated actresses will be in the running in the supporting category this Oscar season? The crystal ball is a bit fuzzy as the state of movie exhibition remains in flux while the COVID-19 crisis keeps theaters shuttered. It is hard to know which high-profile films will actually open. It also might explain why streaming giant Netflix might just monopolize much of the ballot spots.

But given that there are several major titles with large ensemble casts, expect a rich crop of overdue female candidates in second-tier roles to vie for their first-ever win. Here are the possibilities for now:

Glenn Close — This somehow trophy-less talent co-stars in Ron Howard‘s “Hillbilly Elegy” as Mawmaw, the matriarch of an Appalachian family living in Ohio. Either she could finally hang up her title as being the most-nominated living actor to have never won an Oscar with seven nominations or she will tie with the late Peter O’Toole with eight losses. Her past opportunities include three supporting tries for 1982’s “The World According to Garp,” 1983’s “The Big Chill” and 1984’s “The Natural.” Close then graduated to lead roles, vying for 1987’s “Fatal Attraction,” 1988’s “Dangerous Liaisons,” 2011’s “Albert Nobbs” and 2018’s “The Wife.”

Toni Collette — The lone Oscar bid for this Aussie actress was for a supporting role in 1999’s “The Sixth Sense.” She could have two performances up for consideration with Charlie Kaufman‘s horror outing “I’m Thinking of Ending Things” as well as Guillermo del Toro‘s “Nightmare Alley” that also features Rooney Mara, who was previously nominated for 2015’s “Carol” and 2011’s “The Girl With the Dragon Tattoo.” However, the delayed production might not be finished in time to be eligible.

Felicity Jones — The British actress who earned a lead Oscar berth for her role in 2014’s “The Theory of Everything” could land a nom for her endangered astronaut in George Clooney‘s sci-fi thriller “The Midnight Sky.”

Debra Winger — Films that were screened at Sundance before the coronavirus shutdown include Miranda July‘s “Kajillionaire.” Winger, who made the Best Actress cut three times for 1983’s “An Officer and a Gentleman,” 1984’s “Terms of Endearment” and 1994’s “Shadowlands” without a win, may have more luck in the supporting category as half of an older couple who decide to turn to a life of crime.

Saoirse Ronan — At the age of 26, this Irish lass has managed to amass four Oscar nominations. She might get a supporting actress spot this year. She is the lover of Kate Winslet‘s 19th-century real-life fossil expert in “Ammonite,” which will be screened at the Toronto International Film Festival this fall. Ronan received her first Academy Award nomination for her supporting part in 2007’s “Atonement.” It was followed by three lead actress bids: 2015’s “Brooklyn,” 2017’s “Lady Bird” and last year’s “Little Women.”

Abigail Breslin — At age 10, she was up for a supporting prize for her spunky beauty pageant contestant in 2006’s “Little Miss Sunshine.” Her current supporting role is a dramatic one as oil-rig worker Matt Damon‘s estranged daughter who is charged with a murder she did not commit in Tom McCarthy‘s “Stillwater.”

Mary J. Blige — The singer was a revelation in the racially-driven 2017 drama “Mudbound,” which resulted in a supporting spot. But she will be much more in her bailiwick as singer Dinah Washington opposite Jennifer Hudson‘s Aretha Franklin in the musical biopic “Respect,” which is supposed to open on Christmas day in theaters.