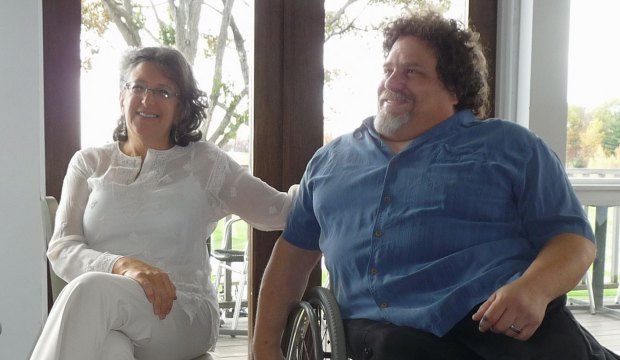 Let’s take a first look at the 2021 Oscar race for Best Documentary Feature. While the coronavirus pandemic has muted the buzz that usually builds at fall film festivals, several strong contenders have achieved prominence this year, starting at the Sundance Film Festival, which were held in January before the international shutdowns.

Netflix has four of these Sundance titles, led by “Crip Camp: A Disability Revolution,” about a New York summer camp for disabled teens that opened in 1971 whose attendees became activists for disability rights. The doc, directed by Nicole Newnham and James Lebrecht and executive-produced by Barack Obama and Michelle Obama, was the winner of the fest’s U.S. Documentary Audience Award.

Sam Feder‘s “Disclosure: Trans Lives on Screen” examines how transgender people are portrayed by Hollywood and in the media. It features such notable figures as Laverne Cox, Alexandra Billings, Zeke Smith and Chaz Bono.

And the black-humored “Dick Johnson is Dead” focuses on a retired clinical psychiatrist with dementia who allowed his daughter, Kirsten, to film his enactments of how he ultimately might die, including violent accidents. It won a Special Jury Award for Innovation in Non-Fiction Storytelling.

Netflix wasn’t the only major player at Sundance.

A24 and AppleTV+ have the unsettling “Boys State,” which follows 1,000 teenagers who gather in Texas to build a representative government from the ground up while experiencing the same political divisions and machinations as the rest of the country. The doc from directors Amanda McBaine and Jesse Moss won the U.S. Documentary Grand Jury Prize.

Amazon’s “Time” is a love story between Fox and Rob Rich, a young couple whose relationship was disrupted by systemic mass incarceration that led to a 60-year prison sentence for Rob for a crime that both spouses committed. To keep hope alive, Fox makes home-video diaries for her husband. Helmer Garrett Bradley became the first Black woman to win Sundance’s directing prize for documentaries.

HBO’s “Welcome to Chechnya,” a doc directed by David France that protects the identities of its persecuted gay subjects with the use of groundbreaking VFX facial replacement. It won Sundance’s Documentary Film Editing Award.

And Ron Howard‘s timely “Rebuilding Paradise” is a NatGeo release about the California community that was devastated by a firestorm in 2018 and the efforts to rebuild their picturesque city in the aftermath.

SEEOscars 2021: Could there be (gasp!) TWO women of color nominated for Best Director?

Sundance wasn’t the only launchpad for this year’s documentary contenders. Ric Burns’s “Oliver Sacks: His Own Life” premiered in Telluride in 2019 in advance of a 2020 release by Zeitgeist Films in association with Kino Lorber. It takes an intimate look at the legendary British neurologist and storyteller who inspired the 1973 film “Awakenings.”

Victor Kossakovsky’s wordless black-and-white doc “Gunda,” which follows the daily life of a pig, two cows and a chicken, broke out at the Berlin fest this year and was bought by Neon. And Cambodian director Rithy Panh‘s “Irradiated,” which Variety called “a powerful but troublesome howl of despair” for its focus on war atrocities in her homeland, also played in Berlin and won the Berlinale Documentary Award.

But many docs were unable to get a push from festivals that ended up shuttered during the spring and summer due to the pandemic, including SXSW, Tribeca and Cannes. Dawn Porter‘s “John Lewis: Good Trouble” — which could be this year’s “RBG” — was originally supposed to make a splash at Tribeca. But the film about the late civil-rights leader and Georgia congressman was eventually released by Magnolia in July and has aired on CNN.

And Steven Bognar and Julia Reichert‘s “9to5: The Story of a Movement,” their follow-up to their 2019 Oscar winner “American Factory,” focuses on the rise of female office workers who began to organize in the early ‘70s; it had been slated for SXSW, but eventually debuted at the American Film Institute’s virtual AFI Docs festival this year.