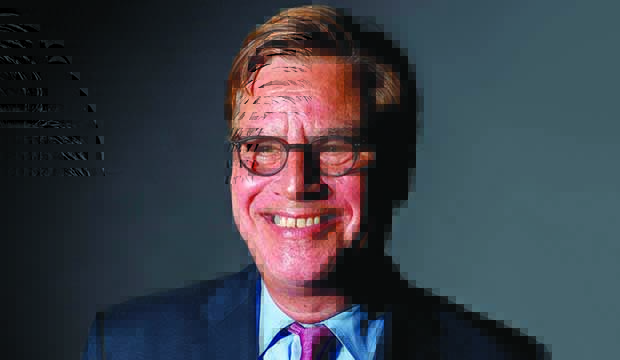 Aaron Sorkin, the Emmy (“The West Wing”) and Oscar-winner (“The Social Network”), first came to fame in 1989 when he was all of 30 with his hit Broadway play “A Few Good Men.” This taut thriller told the tale of a young JAG attorney defending Marines accused of murder at Guantanamo. Three years later, Sorkin adapted his script for Rob Reiner’s film version.

That blockbuster starred Tom Cruise and Demi Moore and made almost $250 million. It was nominated for four Oscars including Best Picture and Supporting Actor (Jack Nicholson) as well as film editing and sound mixing. While the film lost all four races, Nicholson’s reading of the line “You can’t handle the truth” has become part of the pop culture lexicon.

Sorkin has returned to court with his new film “The Trial of the Chicago 7,” which premiered in October on Netflix. It stars more than a few good men including those who have won Oscars (Eddie Redmayne and Mark Rylance), Tonys (Frank Langella), Emmys (Jeremy Strong) and Golden Globes (Sacha Baron Cohen). The film chronicles the notorious trial of seven political activists who were involved in the social uprising during the National Democratic Convention the summer of 1968 in Chicago. Among those: Tom Hayden (Redmayne), Abbie Hoffman (Cohen) and Jerry Rubin (Strong).

Reviews have been strong and the film is rated 91% fresh at Rotten Tomatoes. Critics rave that the courtroom drama is “inherently compelling,” “gripping” and “simultaneously entertaining and galvanizing.” Our odds have it reaping Oscar bids across the board, including for film, director, original screenplay and several of the performers.