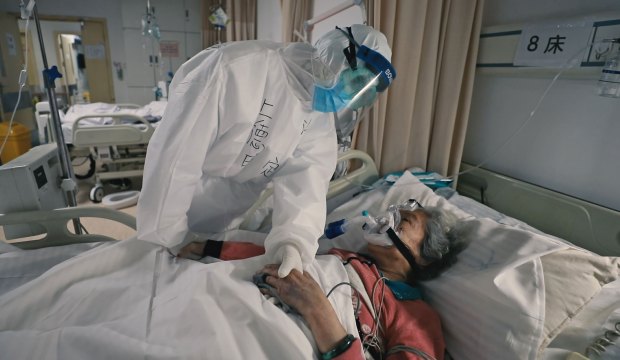 The Oscars are no stranger to current events when it comes to Best Documentary Feature. The award has often gone to films that address pressing social or political issues, and in 2020 you could hardly get more pressing than the COVID-19 pandemic, which has affected just about every industry on Earth, including the film business. “76 Days” takes an especially close look at the pandemic, chronicling the weeks when the disease locked down Wuhan, China, the city where the novel coronavirus was thought to have originated. Voters may be impressed by that journalistic and cinematic achievement, especially when the subject matter hits so close to home.

Over the last 20 years the motion picture academy has awarded several nonfiction films that spoke to pressing societal concerns, from gun violence (2002’s “Bowling for Columbine”) to climate change (2006’s “An Inconvenient Truth”), torture (2007’s “Taxi to the Dark Side”), the Great Recession (2010’s “Inside Job”) and US government surveillance of its citizens (2014’s “Citizenfour“). “76 Days” fits right in with those past winners, as well as with other recent nominees that explored crises abroad. In the last three years alone, four nominated documentaries have explored the devastating civil war in Syria: 2017’s “Last Men in Aleppo,” 2018’s “Of Fathers and Sons” and 2019’s “The Cave” and “For Sama.”

“76 Days” is all the more noteworthy for how quickly it was made. It was shot during Wuhan’s nearly three-month lockdown that started early in 2020, and it made its premiere at the Toronto International Film Festival only a few months later in September. It was picked up by MTV Documentary Films and released by the distributor on December 4. Such a quick, urgent turnaround could impress members of the academy’s documentary branch, especially given the secretive nature of the Chinese government.

And the reviews from critics have been overwhelmingly positive (85 on MetaCritic, 100% fresh on Rotten Tomatoes), with reviewers calling it “artfully and elegantly observed,” “stirring,” “concise and remarkable” and “unvarnished and raw.” Though of course, there’s also the question of whether voters will feel ready to relive the trauma of the early pandemic onscreen when the pandemic is still ongoing. But just as COVID-19 has affected the Oscars themselves, the crisis may be too big to ignore in the nominations.