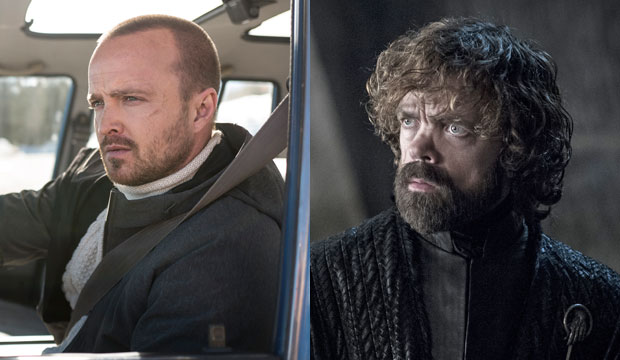 Aaron Paul won three Emmys for Best Drama Supporting Actor (2010, 2012, 2014) for playing conflicted meth-maker Jesse Pinkman in “Breaking Bad.” That set a new record for the most victories in the history of that category, but his record didn’t stand for long. “Game of Thrones” star Peter Dinklage won four times for playing Tyrion Lannister (2011, 2015, 2018, 2019). Paul can’t reclaim the record in that category since “Breaking Bad” is off the air, but he could still tie Dinklage with a fourth Emmy as Jesse. He’s a contender for Best Movie/Limited Actor for the Netflix followup film “El Camino: A Breaking Bad Movie.”

“El Camino” followed Jesse in the aftermath of the events of the “Breaking Bad” series finale, and it must be considered a top contender across major categories given how popular the series was with Emmy voters. The show won Best Drama Series twice (2013-2014), and it was even more popular with the television academy’s actors branch. With nine acting victories overall (three for Paul, four for Bryan Cranston, two for Anna Gunn), the show is tied with “The Sopranos” and “The West Wing” for the most performance awards ever won by a drama series.

As of this writing Paul ranks third in our official odds for Best Movie/Limited Actor, behind front-runner Mark Ruffalo (“I Know This Much is True”) and Golden Globe winner Russell Crowe (“The Loudest Voice”). Eleven of the Expert journalists we’ve polled say Paul will be nominated, as do all 10 of the Editors who cover awards year-round for Gold Derby. None of them are currently predicted to win, though. Are we underestimating him?

TV movies aren’t as popular in acting categories as they once were. The last time an actor won this prize for a standalone film was Benedict Cumberbatch for “Sherlock: His Last Vow” in 2014, but even in that case Cumberbatch had played Sherlock in multiple telefilms every season. But even if Paul doesn’t win for acting, he could still win his fourth career Emmy as a producer of “El Camino,” which is the favorite to win Best TV Movie with leading odds of 82/25. For that matter he could win a fifth, sixth, and seventh Emmy this year since he’s also eligible for Emmys this season for his roles in Apple TV+’s “Truth Be Told,” HBO’s “Westworld” and as a producer of the animated series “BoJack Horseman.” Take that, Dinklage! 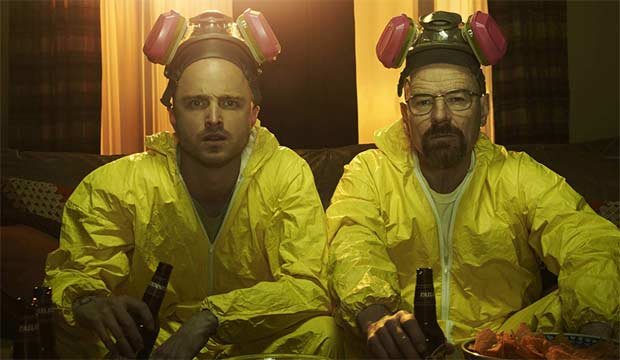