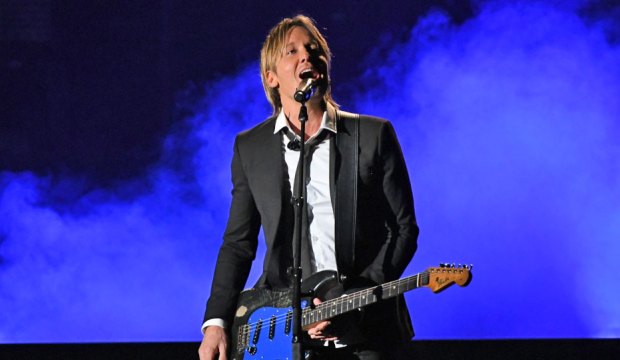 The Academy of Country Music Awards were originally scheduled for April 5, but they had to be pushed back for the safety of the artists and attendees due to the coronavirus pandemic that has led to closures and quarantines all over the world. But on March 23 they announced a new air date. The 55th Annual ACM Awards will air on Wednesday night, September 16, at 8:00pm Eastern (live on the east coast, tape delayed on the west coast).

It’s hard to know exactly what September will look like for the entertainment business after this crisis, though hopefully the height of the pandemic will have passed by then. The good news for the ACM Awards is that it honors music released in 2019, and the nominees were already announced. It’s tougher for events like the Tony Awards, where the eligible material has completely shut down, or even next year’s Oscars since so many theatrical releases have been delayed or shifted to video-on-demand for viewing at home.

SEEACM Awards Entertainer of Year winners list: Every winner at the Academy of Country Music Awards

In the April 5 time slot originally set for the ACM Awards, CBS will instead air a music special: “ACM Presents: Our Country.” The show will feature conversations and performances with artists who are social distancing at home. Artists will also share some of their favorite ACM Awards memories.

This year’s Entertainer of the Year nominees are two-time champs Luke Bryan and Carrie Underwood, two-time nominee Eric Church and first-time contenders Luke Combs and Thomas Rhett. Combs and Rhett are also nominated for Album of the Year for “What You See is What You Get” and “Center Point Road,” respectively; they’re up against Maren Morris (“Girl”), Miranda Lambert (“Wildcard”) and Jon Pardi (“Heartache Medication”). You can predict the winners here; it turns our you’ve got plenty of time.