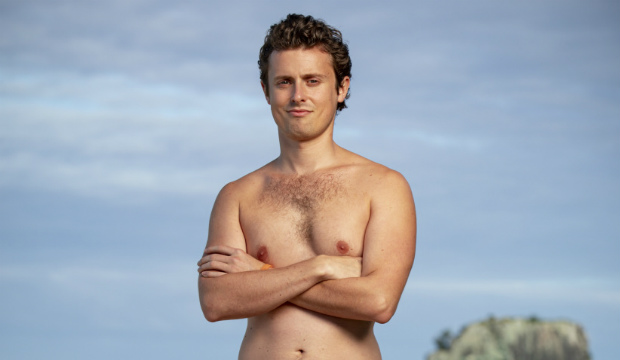 Much like “Survivor” island, the internet is pretty much full of only two things: snakes and rats. Unfortunately, one “Winners at War” castaway in particular has experienced so much poison that he’s temporarily disabled social media: Adam Klein. “The intensity of comments online can be overwhelming to those that choose to play the game, and I am not immune to that,” this winner of “Millennials vs. Gen X” wrote on Instagram. Adam added he’s “choosing to focus” instead on his family and his father’s upcoming wedding, and then urged the “Survivor” community to “be kind to each other.”

The relentless viewer attacks on Adam began last week when he first mentioned “a fan favorite as a potential target.” He’s referring to the moment in Episode 2 when he brought up Parvati Shallow‘s name as a blindside, saying that in order to win he’d need to make a bold move. (Danni Boatwright ended up being voted out instead.) Then in Episode 3, Adam told his anti-Parvati plan to Rob Mariano who used the knowledge to try to send Adam to the Edge of Extinction. (Ethan Zohn was ousted instead.)

“There isn’t enough time in each episode to show the audience the context and relationships behind each decision,” Adam revealed in his posting, implying there’s more that went into his decisions than meets the eye.

He further explained, “I am beyond blessed to have been able to play ‘Survivor’ with LEGENDS, and no matter what happens or happened on the island, I have their backs in real life.” In other words, it’s just a game and Adam — as well as everybody else — is doing what they can in order to win the $2 million prize.

I know that my move tonight will invite hefty criticism. I invite people to debate and criticize strategy all they want, keeping in mind that there isn’t enough time in each episode to show the audience the context and relationships behind each decision. Sometimes, though, the intensity of comments online can be overwhelming to those that choose to play the game, and I am not immune to that. As much as we try to focus on the positives, at times that one negative comment can sit in your mind and fester – even if you’ve already won the game and a million dollars! Just last week, I took a lot of heat for even mentioning a fan favorite as a potential target. Others have copped it WAY worse than I ever have. I am beyond blessed to have been able to play Survivor with LEGENDS, and no matter what happens or happened on the island, I have their backs in real life.

This week, I am choosing to focus my attention where it matters most: on my family. Next week, my dad is getting married, and I have the incredible honor of officiating his wedding. Focusing on that is my number one priority right now. To help myself do just that, I am going to take a short break from social media by temporarily removing Instagram, Twitter, Facebook, and yes, even Reddit from my phone.

Don’t worry, I will be back soon. But I think this exercise in living without social media for a short time (when not on an island) will be healthy for me, and I am curious how I will feel when the urge to check my notifications or see what people are saying about me can’t be satiated. Maybe the extra time and energy for the people around me will be more fulfilling than the shot of dopamine I get from every like, comment, and mention. Or maybe not! But I’m looking forward to it.

Be kind to each other, tell your family you love them, and when you stumble, learn from it, dust yourself off, get up, and try again. See you next week.