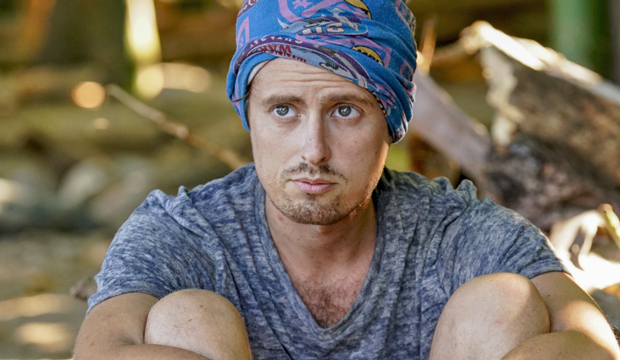 Adam Klein continues to be the no. 1 most predicted boot on “Survivor: Winners at War.” The 28-year-old “Millennials vs. Gen X” champion has had a difficult road to the merge, ticking off allies and having plans backfire in his face. But the fact remains that he did make the merge, even as Gold Derby prognosticators have been expecting him to be voted out for the past two weeks. Will the third time be the charm for our predictors?

SEEUnaired ‘Survivor’ pizza challenge is the perfect example for why we need longer episodes, and 95% of viewers agree

Adam has 23/20 odds of being the merge boot of “Survivor: Winners at War,” according to Gold Derby users. While merge episodes are often messy, with many different configurations of alliances, we sometimes see a consensus form if all sides agree that one person going out would benefit everybody longterm.

It’s easy to see that person being Adam, who became an untrustworthy figure on his original Sele tribe and then found himself on the outs with the Yara tribe. Other potential boot candidates that could go out next, per our odds, include Wendell Holland, who has been perceived in a negative light over the past few episodes, and Tony Vlachos, who has a messy style of gameplay of his own. There are also a handful of predictors who think Rob Mariano or Tyson Apostol will reenter the game from the Edge of Extinction only to go through the revolving door back to the Edge.

SEE‘Survivor: Winners at War’: 41% think a bamboozled Sandra Diaz-Twine was right to surrender and quit the game [POLL RESULTS]

Looking at winner odds now that we’re at this important checkpoint of the game, Sophie Clarke remains the frontrunner with 31/10 odds. She has been the Gold Derby overwhelming favorite since Episode 4, with her biggest competition for that spot, Yul Kwon, booted last week. Michele Fitzgerald, who has become a major driving force in this season’s narrative, now takes over the no. 2 position with 4/1 odds of winning. The rest of the top five: Denise Stapley, Tony and Sarah Lacina.

No one is expected to win a Reward Challenge, as is traditionally the case with merge episodes, though the remaining 12 castaways will be rewarded with a merge feast. For the first individual Immunity Challenge, Jeremy Collins is being predicted as the winner, followed by Kim Spradlin, Wendell, Sophie and Sarah. No hidden Immunity Idols are expected to be played, nor any quits or medevacs.