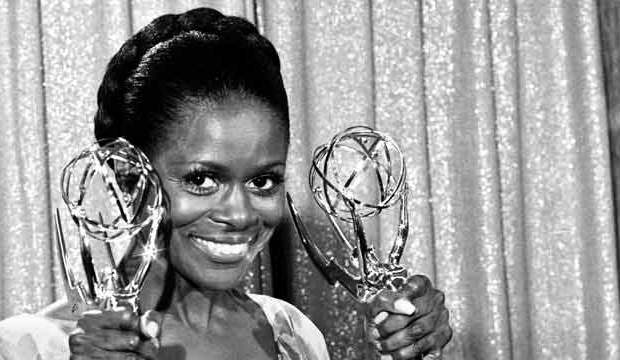 In the past decade, African American actors and actresses made several inroads with the annual Emmy Awards. Among the winners: Donald Glover took home Best Comedy Actor in 2017 for FX’s “Atlanta,” as well as for directing the “B.A.N” episode that year. Sterling K. Brown won for his supporting role in the FX limited series  “The People vs. O.J. Simpson: American Crime Story” in 2016 and then Best Drama Actor the next year for NBC’s “This Is Us.” And Tony Award winner Billy Porter won that latter award in 2019 for FX’s “Pose.

Five years ago, Viola Davis made history as the first African American to win Best Drama Actress for ABC’s “How to Get Away with Murder.” Regina King, who will probably be nominated again this year for HBO’s “Watchmen,” won for her supporting role in the ABC’s limited series “American Crime” in both 2016 and 2017 and in lead for the Netflix’ limited series “Seven Seconds” in 2018.

Who were the pioneering African American performers who paved the way in the other categories?

SEE Emmys flashback to the first ceremony: Six awards, $5 tickets, and the big winner was a ventriloquist

Harry Belafonte and Sammy Davis, Jr.
These legendary entertainers were the first African American performers to receive Emmy nominations. They were both nominated in 1956 for best specialty act (single or group). I was “speechless” when I learned the award went to French mime Marcel Marceau. Belafonte was also nominated that year for best male singer. That award went to the cardigan-wearing Perry Como.

Three years later, Belafonte became the first black performer to win an Emmy when he took home the award for best performance in a variety or musical program for his special “Tonight with Belafonte.”  The following year he was nominated in that category again for his special “Belafonte, New York 19.” He earned his final Emmy nomination for the 1970 special “Harry and Lena.”

Bill Cosby
The stand-up comedian/actor is currently serving time for three aggravated assaults against women, but he has to be mentioned because he was a true Emmy pioneer. Not only was he the first African American to be nominated for Best Drama Actor 54 years ago for NBC’s lighthearted espionage series “I Spy,” but he won the award three years in a row. Fifty years ago, Cosby broke ground as one of the first African Americans nominated for Best Comedy Actor for his self-titled show alongside Lloyd Haynes of ABC’s “Room 222.” In 1985, NBC’s “The Cosby Show” became the first (and only) comedy series centred on African Americans to win the top Emmy. Cosby’s last Emmy was, gulp, the humanitarian award in 2003.

Gail Fisher
Fifty years ago, Fisher made Emmy history as the first black nominee and winner of Best Drama Supporting Actress for CBS’ popular detective series “Mannix.”  Fisher played Peggy, the secretary of a L.A. private detective (Mike Connors) who often worked undercover for him. A widow with a small son, Peggy’s policeman husband had been shot in the line of duty. Fisher would earn three more nominations. Since then, five more black actresses have won the category with Thandie Newton picking up the award two years ago for HBO’s “Westworld.”

Fisher may have helped break down racial barriers on TV, but, unfortunately, her career didn’t flourish after the series ended in 1975. She battled drugs, was arrested in 1978 for cocaine possession and went into rehab. She was 65 when she died of reportedly kidney failure in December 2000. But her death was not reported until two months later.

SEE Emmys flashback: Gertrude Berg made history with her Best Actress win in 1951

Flip Wilson
Wilson was one of the biggest stand-up comedians in the late 1960s and was especially known for his character, the outrageous Geraldine Jones who always wanted to meet her boyfriend Killer in a “booth in the back in the corner in the dark.” A frequent guest on the variety shows of the era, NBC gave him his own series  in 1970. “The Flip Wilson Show” ran four seasons and was the first successful variety series starring an African American. In each of its first two seasons, it was the second most popular series on the small screen. In 1971, it won Best Variety Series (Musical) and the writing award. Wilson shared both wins with his fellow producers and scribes.

Cicely Tyson
The Tony and honorary Oscar winner, who is still going strong at 95, was the first African American to win Best Movie/Mini Actress in 1974 for the classic CBS movie “The Autobiography of Miss Jane Pittman.” She also won the Emmy for Actress of the Year. Two decades later, she won the supporting equivalent for CBS “Oldest Living Confederate Widow Tells All.” Tyson has received 12 more nominations.

Louis Gossett, Jr.
Five years before he became the first African American to win the Best Supporting Actor Oscar for 1982’s “An Officer and a Gentleman,” Gossett was the first to win Best Movie/Mini Actor for ABC’s landmark miniseries “Roots.”  Gossett would go on to receive six more Emmy nominations.

Robert Guillaume
The actor/singer received Emmy love twice for playing the caustic Benson, who began as a butler and went on to become the lieutenant governor of his state. In 1979 he became the first African American to win Comedy Supporting Actor for  ABC’s “Soap.” Six years later, he was the first to win the lead comedy acting award for the spinoff “Benson.” It was 32 years before Glover became the second.

Isabel Sanford
Diahann Carroll was the first African-American to contend in Comedy Actress for NBC’s groundbreaking “Julia” in 1969. Sanford turned one of her seven nominations for “Weezie” on CBS’ “The Jeffersons” into a win in 1981. She remains the only African American to win this award.

Debbie Allen
The actress/singer/dancer/director/producer has been an Emmy powerhouse. She has earned 19 nominations and was the first African American to be nominated for Best Drama Actress, contending for “Fame” from 1982-85. She has won three Emmys for her choreography.