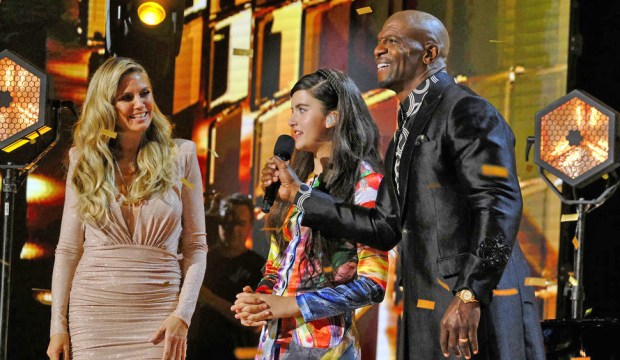 An avalanche of Angelina Jordan fans swarmed Gold Derby’s recent poll to let us know the 14-year-old singer is their favorite Golden Buzzer act of “America’s Got Talent: The Champions” Season 2. This winner of “Norway’s Got Talent” 2014 dominated our poll with a whopping 92% of the vote, compared to 6% for V.Unbeatable, 2% for Silhouettes and 0% for Boogie Storm. Do you agree or disagree with those poll results? Sound off down in the comments section.

SEEWho do you want to win ‘America’s Got Talent: The Champions’? [POLL]

Heidi Klum had the power of the Golden Buzzer in the season premiere, which she used to give Angelina a confetti shower after her haunting performance of Queen‘s “Bohemian Rhapsody.” “You have no idea how hard it is for me to sit here to wait for you guys to jibbity-jabbity-jibbity-jabbity, because this was so amazing!” Heidi told her fellow judges as she waited patiently for her turn to speak. The German supermodel then jumped up out of her chair and slammed her hand down on the Golden Buzzer.

All four “AGT” judges walked up on stage to congratulate Angelina, with Simon Cowell whispering her, “I don’t think you know how good you are, really.” When host Terry Crews asked her how she felt, the teenager replied, “I feel amazing. I don’t have any words to describe how amazing it feels. Thank you so much. I love you guys.”

Angelina previously won “Norway’s Got Talent” when she was only seven years old. In our recent interview with the talented tyke, she told us, “I always wanted to sing on the stage for all the people in the world.” Now that she’s been asked back, what would her reaction be if she was embraced by American audiences and declared the winner? “I would definitely stay humble,” she declared. 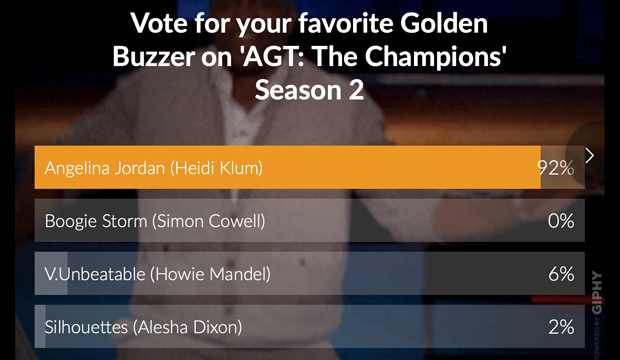