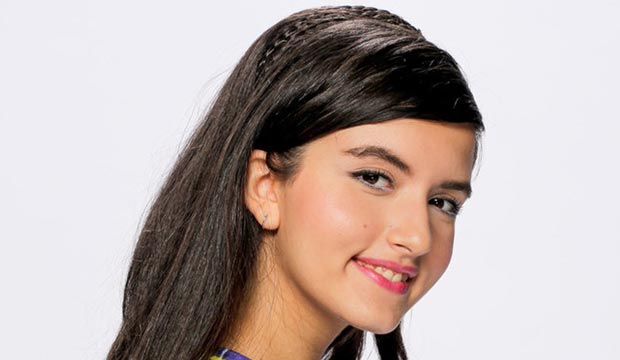 If “America’s Got Talent: The Champions” viewers got to vote for the winner, their clear choice would be Angelina Jordan. In a recent survey, a whopping 63% of the home audience wanted this teenage singer to win season 2 of “AGT: The Champions.” She competes against nine other acts in the pre-taped final that airs on February 17.

Angelina, who just turned 14, won “Norway’s Got Talent” in 2014 at age eight. At her audition for “Champions,” she got the coveted Golden Buzzer from returning judge Heidi Klum. This sent her straight through to the final.

The three other Golden Buzzer acts, all of whom are dance groups, are at the far back of the pack and way behind Angelina: V.Unbeatable, who were singled out by Howie Mandel, sit at 4% while Simon Cowell’s choice Boogie Storm and newcomer Alesha Dixon‘s pick, Silhouettes, are each at just 1%.

If you haven’t cast your ballot in our poll be sure to do so bottom of this post. And then sound off in the comments section with your opinions on season 2 of “America’s Got Talent: The Champions.” How do you think Alesha is doing in her rookie season as a judge? Are you happy about the return of Heidi? Or are you missing Julianne Hough and Gabrielle Union? And are as you as tired of Simon and Howie as we are?