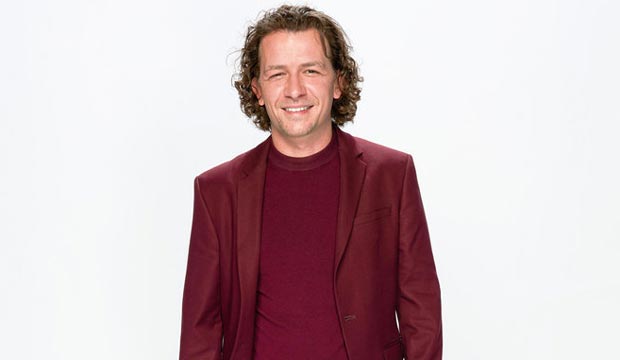 The second season of “America’s Got Talent: The Champions” debuted Monday, January 6 on NBC with the first 10 of 40 worldwide acts taking the stage (watch our exclusive interviews). However, someone who’s set to pop up in a later episode is singer/songwriter Michael Grimm, the winner of “America’s Got Talent” Season 5. Grimm was just 30 years old when he prevailed on September 15, 2010 over classical singer Jackie Evancho. Now the 41-year-old is ready to take the “AGT” stage once again and try to hold onto his winning title as the ultimate “Champion.”

SEEAre you happy Heidi Klum is returning to ‘America’s Got Talent’ for ‘The Champions’ Season 2? [POLL]

Some of Grimm’s memorable performances on that fifth season included “You Don’t Know Me” (audition) “Let’s Stay Together” (Top 10), “You Can Leave Your Hat On” (semi-finals) and “When A Man Loves A Woman” (finals). His prize was a cool $1 million and a headline show in Las Vegas.

Shortly after his victory the fan-favorite singer with the bluesy voice signed a record deal with Epic Records, with his first album debuting in 2011 featuring covers of Alicia Keys‘ “Fallin’” and Lynyrd Skynyrd‘s “Simple Man.” Grimm has released other albums since then including “Gumbo” in 2012 and “Grimm” in 2015.

Grimm is the only winner from the America’s version of “Got Talent” to return for “Champions,” unlike the first season when there were five former champs: Shin Lim (Season 13), Darci Lynne (Season 12), Paul Zerdin (Season 10), Kenichi Ebina (Season 8) and Bianca Ryan (Season 1). Shin and Darci ended up being the winner and runner-up of Season 1, respectively.

Host Terry Crews returns as host, with the new judging panel consisting of Simon Cowell, Heidi Klum, Howie Mandel and Alesha Dixon. Which act are you most looking forward to seeing on Season 2 of “America’s Got Talent: The Champions”? Tune in Mondays from 8-10 p.m. ET/PT on NBC to see who shines, who falters, and who receives the Golden Buzzers.