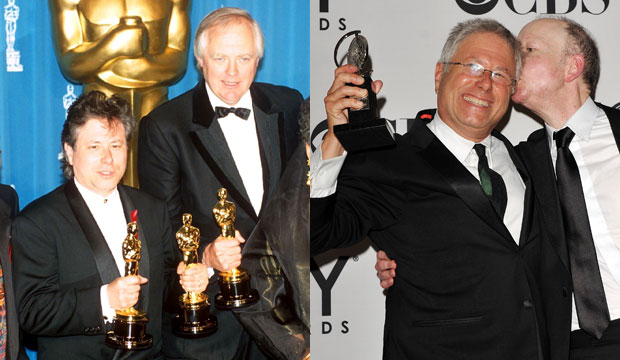 Composer Alan Menken is nominated for Best Original Song for a Children’s, Young Adult or Animated Program at the 2020 Daytime Emmys for penning “Waiting in the Wings” from “Rapunzel’s Tangled Adventure” on the Disney Channel. If he wins, he’ll finally complete his EGOT grand slam as he has already won at the Grammys, Oscars and Tonys.

Menken got his GOT a while ago. He has won a remarkable eight Oscars, which makes him the second most awarded person at those kudos for music, behind nine-time champ Alfred Newman. The first of those came 30 years ago when he won Best Original Song (“Under the Sea”) and Best Original Score for “The Little Mermaid” (1989). That animated film also won him the first of his 11 career Grammys: Best Recording for Children and Best Visual Media Song (also for “Under the Sea”) in 1991.

But he had to wait quite a while before crossing Tony off his list. He earned Best Original Score nominations for the Broadway productions of “Beauty and the Beast” (1994), “The Little Mermaid” (2008) and “Sister Act” (2011) before finally winning for “Newsies” in 2012. So for eight years he has just been waiting for his Emmy, which is very much within reach since there are multiple music categories at both the Primetime and Daytime Emmys.

Menken has already been nominated twice in prime time: Best Music and Lyrics for the song “More or Less the Kind of Thing You May or May Not Possibly See on Broadway” from the sci-fi sitcom “The Neighbors” (2013) and again in that category for “A New Season” from the fantasy musical “Galavant” (2016). Now he’s up for his songwriting at the Daytime Emmys along with “Waiting in the Wings” lyricist Glenn Slater.

He and Slater actually earned an Oscar nomination together for the song “I Saw the Light” from “Tangled” (2010), the film on which “Rapunzel’s Tangled Adventure” is based. They’re nominated against “Gonna Go Good” from “Big Hero 6: The Series,” “Never Leave” from “Elena of Avalor,” “As You Move Forward” from “The Lion Guard” and “The Vamp Opera” from “Vampirina.” All five nominees are from the Disney Channel or Disney Junior, so Menken’s relationship with Disney could account for all of his EGOT victories.

Menken would also follow in the footsteps of two other famed composers who had to wait a while for their Emmy: Andrew Lloyd Webber and Tim Rice (along with John Legend) completed their grand slams when “Jesus Christ Superstar” won Best Variety Special (Live) at the Primetime Emmys in 2018. They were the 13th, 14th and 15th EGOT recipients, depending on who got to the stage first when their names were announced. And right before them composer Robert Lopez wrapped up his EGOT; he won his Emmys in daytime just like Menken might. So if Menken is next to finish the sweep, he’ll be the sweet 16th.