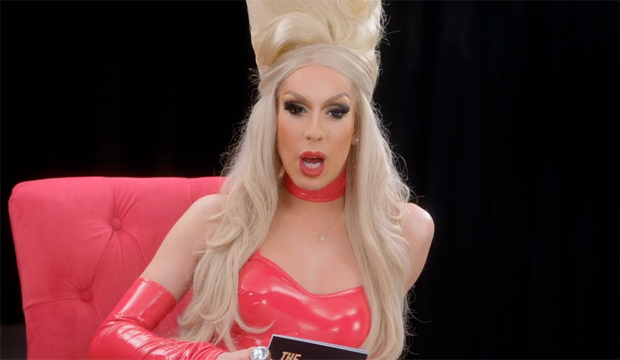 It’s official: “RuPaul’s Drag Race All Stars” Season 2 winner Alaska is viewers’ favorite of all time. This queen from Los Angeles originally competed in the fifth season of the regular show, coming in second place to Jinkx Monsoon. But Alaska truly excelled in her “All Stars” stint the following year, where she ultimately triumphed over runners-up Detox and Katya. According to our recent poll, 41% of fans say Alaska is simply the best “All Stars” winner, followed by reigning champ Shea Coulee in second place at 20%. Here are the complete poll results:

SEE ‘RuPaul’s Drag Race’ viewers think Jujubee should have won ‘All Stars 5,’ but it was a close vote [POLL RESULTS]

Alaska won more challenges during her “All Stars” run than any of her fellow competitors, claiming victory in “Snatch Game,” “Drag Movie Shequels” and “Drag Fish Tank.” That gave her the power to solely eliminate three queens from the reality TV show: Tatianna, Alyssa Edwards and Tatianna again after she returned.

In the years since, Alaska (whose real drag name is Alaska Thunderf***) has kept busy by releasing her second and third studio albums, “Poundcake” (2016) and “Vagina” (2019). She appeared in VH1’s reality program “Scared Famous” (2017) and the film “The Last Sharknado: It’s About Time” (2018). And she regularly hosts “Drag Race”-related podcasts and videos.

The most recent cycle of “RuPaul’s Drag Race All Stars” ended in a rather predictable victory for Shea Coulee, our readers’ second favorite winner ever. Shea previously made it to third/fourth place on Season 9 of the main show, losing to Sasha Velour, but took this fifth “All Stars” edition during the July 24, 2020 finale. Her two challenge victories were for “I’m in Love” and “Snatch Game of Love.” This season’s runners-up were Miz Cracker and Jujubee.