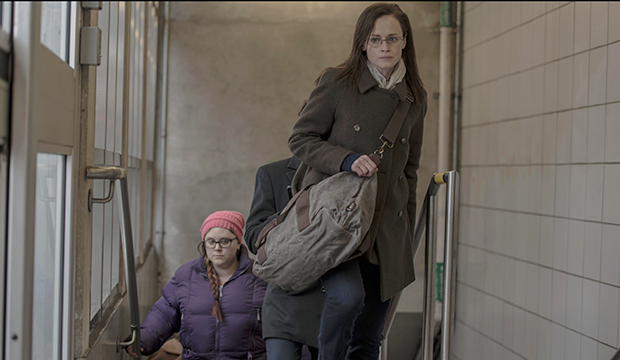 The third season of Hulu’s “The Handmaid’s Tale” centered on June’s (Elisabeth Moss) quest to plant the seeds of resistance against Gilead, but before she manages to smuggle hundreds of children into Canada, it’s Alexis Bledel’s Emily who escapes Gilead first. For this role, Bledel won the Best Drama Guest Actress Emmy in 2017 and bagged a supporting nomination the following year. Second in our odds, the actress is now back in the guest actress category and poised to scoop up her third career bid.

Bledel appeared in five of the third season’s 13 episodes: “Night” (3.01), “Mary and Martha” (3.02), “God Bless the Child” (3.04), “Under His Eye” (3.07) and “Mayday” (3.13). The first one sees Emily and baby Nichole cross into Canada, where they are granted asylum. Although there is, of course, a sense of relief to their successful escape, it isn’t all sunshine and roses for Emily, who, like Moira (Samira Wiley) in Season 2, has a hard time shaking her time in Gilead. Bledel thoroughly wears the trauma Emily endured on her face, communicating the meaning behind a line uttered by June in the second season: “Gilead is within you.” The unfortunate resulting feelings of loneliness and detachment are evinced by Bledel in the second episode, which sees Emily undergo multiple examinations and ends with an emotional phone call she places to her wife Sylvia (Clea DuVall), revealing her whereabouts.

I anticipate Bledel submits the fourth episode, in which Emily reunites with her wife and son Oliver (Charlie Zeltzer), from whom she was separated when Gilead came to fruition. A scene as straightforward as Emily getting off the train could be easily overlooked, but Bledel uses it to convey the full emotion of being thrown into an unfamiliar environment. Her vulnerable body language paints Emily as a fish out of water, with freedom having turned into a rather alien concept for her, a privilege to which she is no longer accustomed. Her new reality should feel warm and comforting, but it feels somewhat cold and disquieting instead.

When Emily sees their son’s room, the realization of having been absent for several years and thus being unable to witness his growing up hits her. Fittingly, when Oliver walks in, Bledel imbues Emily’s reaction with a sense of overwhelming joy and melancholy. In a later scene, she reads a story to him, which prompts her to, for the first time in the episode, cry. Leading up to this moment, it seems as though she holds back most of her emotions, not because she wants to, but rather because she doesn’t know what to make of them following years of oppression. Save for Aunts, women are forbidden to read in Gilead, so it’s the innocence and simplicity of reading a story to her son that then leads her to finally release her emotions. This crystallizes as well as it does because Bledel strings together opposing feelings of gratitude and grief into one seamless, precise expression.

In the seventh episode, Emily admits to the crimes she committed in Gilead — which include multiple murders and the stabbing of Aunty Lydia (Ann Dowd) — to a Swiss diplomat, none of which she, however, regrets. We see shades of the defiant handmaid she was in Gilead who never wavered in her determination to revolt against the callous system. The episode ends with her and Moira landing in prison after getting arrested for taking part in a protest against Canada’s negotiation with Gilead. Even though Bledel’s final appearance in the season closer is brief, Emily’s arc comes full circle as she now welcomes the new refugees from Gilead.

With back-to-back-to-back wins for Bledel (2017), Wiley (2018) and Cherry Jones (2019), “Handmaid’s” has never lost drama guest actress and could tie “Law & Order: Special Victims Unit” as the only show to score four straight victories if it triumphs for one its actresses this year. Bledel competes alongside her co-stars Julie Dretzin, DuVall and Jones, with Jones having made her only appearance in the fourth episode, which DuVall, if nominated, is likely to submit as well. Currently, only Bledel is in the top six in our odds, while Jones sits in seventh place, Dretzin in 10th, and DuVall in 24th. But don’t underestimate “Handmaid’s” in the acting races after it’s managed to rack up 14 noms and six wins (for six different performers) thus far, five and three of which, respectively, have been in the guest actress category alone.

SEE ‘The Handmaid’s Tale’ boss Bruce Miller: ‘It would make me very happy to have my show move into irrelevancy’ [EXCLUSIVE VIDEO INTERVIEW]

Even if Bledel were to be shortlisted alongside several of her co-stars, she could overcome a vote-split like Wiley did in 2018 when she faced Jones and Kelly Jenrette. The other similarity Bledel and Wiley share is that both competed as a supporting actress for their respective preceding season, but were in few enough episodes in their current one to submit as a guest. Like in the first season, in which she appeared in four of 10 episodes, Bledel feels as integral to the show in the third season as any of her co-stars contending in the lead or supporting races. If she were to snag her second statuette in Best Drama Guest Actress this year, she’d be one of six two-time winners in the category (Patricia Clarkson, Shirley Knight, Margo Martindale, Amanda Plummer and Alfre Woodard), and one of three (Clarkson and Martindale) to win twice for the same role.

Rounding out the top six in our odds are Cicely Tyson (“How to Get Away with Murder”) in first, Phylicia Rashad (“This Is Us”) in third, Jones (“Succession”) in fourth, Pamela Adlon (“This Is Us”) in fifth and Jane Lapotaire (“The Crown”) in sixth.