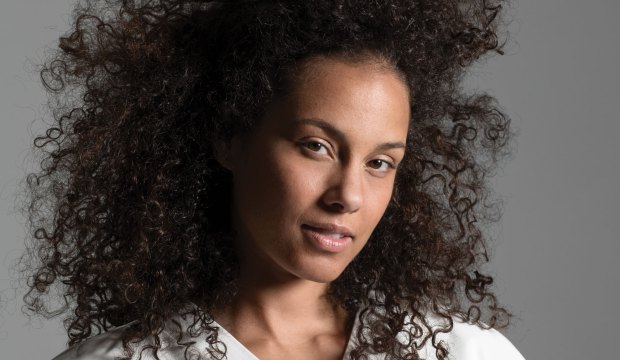 Fans have had to wait a while for Alicia Keys‘s seventh studio album, “Alicia.” Her previous album, “Here,” was released four years ago in 2016, and she had originally intended to drop this collection earlier in 2020. But due to the COVID-19 pandemic she pushed it back from March to May until finally it became available to listeners on September 18. So what do critics think of it?

As of this writing “Alicia” has a MetaCritic score of 77 based on 11 reviews counted thus far: nine positive and two somewhat mixed, but none outright negative. That’s one point higher than “Here,” and it’s actually her best MetaCritic score since her debut album “Songs in A Minor” back in 2001.

Keys is being praised for her “remarkable gift for classic soul-indebted melody,” to which she adds “more eclectic sounds than she’s tried before.” She’s “welcoming, compassionate and open to ideas.” The album “largely returns to fundamentals,” but she explores “a range of identities” that amount to “a lovely bunch of Keys.”

Will it get her back to the Grammys? She has won a remarkable 15 times, and has hosted the show for the last two years, though she hasn’t been nominated since 2015, when she contended for Album of the Year as a featured artist on Pharrell Williams‘s “Girl.” The reviews bode well for “Alicia,” though it was released after the August 31 eligibility deadline, so it’ll have to wait until 2022 for any kudos. However, she did release several singles in advance of the album that are eligible for the current awards cycle.

What do you think of the album? Check out some of the reviews below, and join the discussion with your fellow music fans here in our forums.

DISCUSSWhat would be your pick for AOTY at the 63rd Annual Grammy Awards?

Helen Brown (The Independent): “I’m not totally convinced by this so-called ‘genre-less’ album. But it’s certainly one that sees Keys’s remarkable gift for classic soul-indebted melody expressed through some stranger — and certainly more eclectic — sounds than she’s tried before … Whereas this record sees her rattling between a range of identities, it’s still a lovely bunch of Keys.”

Jon Pareles (New York Times): “In her extensive musical catalog, Keys shows far less compromise than her recollection suggests. She has collaborated across the spectrum with rappers, crooners, rockers, producers and songwriters, but her personality has never been submerged. She’s welcoming, compassionate, and open to ideas. But she’s nobody’s underling.”

Jon Dolan (Rolling Stone): “‘Alicia’ is one of her most musically engaging LPs, with production from Mark Ronson, Sampha, Tricky Stewart, and her husband, Swizz Beatz, among other reliable hands. Alicia moves easily between moods and styles, from the disco throwback ‘Time Machine,’ to ‘Me X 7’ (a bit of moody R&B ache with Tierra Whack), to the slinky reggae of ‘Wasted Energy,’ with Tanzanian singer Diamond Platinumz.”

Sal Cinquemani (Slant): “‘Alicia’ is aptly titled, as it largely returns to fundamentals following the loosely experimental ‘Here.’ Like that album, this one lacks the powerful hooks of Keys’s earlier efforts, but she strikes a happy balance between the piano ballads that helped make her famous, the kick drum-driven R&B jams she so often gravitates toward, and her more recent inclination for less commercial fare.”