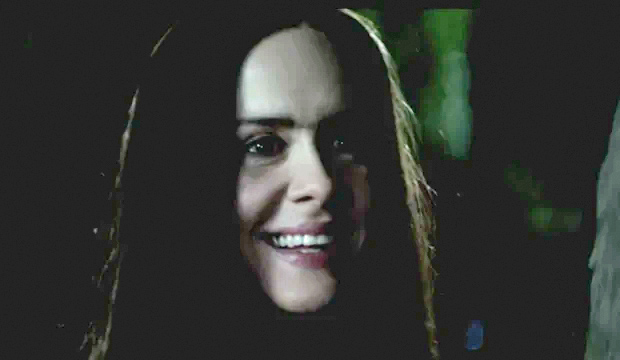 Sarah Paulson has long been the heart and soul of “American Horror Story,” carrying the flag even after Jessica Lange’s departure in Season 4. Fans are now delighted to hear the news that Paulson is set to return for the upcoming 10th season of the horror anthology series after sitting out of Season 9, “1984,” the only installment she hasn’t been in. The actress has starred as all types of characters throughout her tenure, from badass heroes to creepy villains, proving her to be one of the most versatile actors working today. As we gear up for Paulson’s big return to “AHS,” here’s our ranking of every character the Emmy-winning actress has played on the show so far.

Her “American Horror Story” debut came in Season 1 (“Murder House”) in the form of Billie Dean Howard, a medium helping spirits transition to the afterlife. It was only a recurring role but Paulson impressed enough that executive producer Ryan Murphy and company gave her a starring role in Season 2, “Asylum,” as journalist Lana Winters. This is where many “AHS” fans fell in love with the actress’s many talents as the underdog hero of the season. She would have another starring role in Season 3, “Coven,” as Cordelia Foxx, a witch who becomes the next Supreme. All three characters proved popular enough to return for future seasons.

SEE‘American Horror Story’ has been renewed for Seasons 11, 12 and 13

Paulson has also excelled in quirkier roles, especially in “Freak Show” as conjoined twins Bette and Dot Tattler and “Hotel” as ghost drug addict Sally McKenna. She would go on to play fascinating characters like Shelby Miller and Audrey Tindall in “Roanoke,” Abby Mayfair-Richards in “Cult” and Wilhelmina Venable in “Apocalypse.” She even played Charles Manson cult member Susan Atkins for an episode. In total, Paulson has racked up five Emmy nominations for her performances on “American Horror Story.”