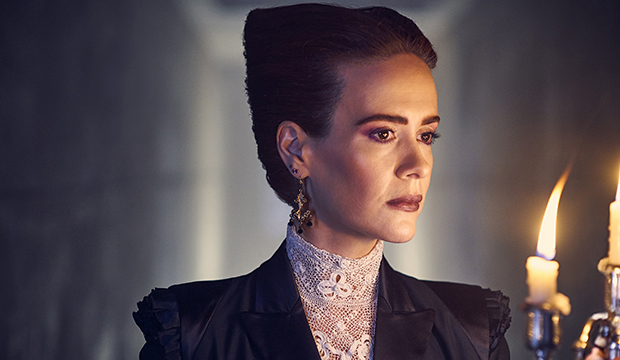 Last February, FX Chairman John Landgraf said he believed there will be “many more cycles” of “American Horror Story” to come, and there indeed is. The anthology series has been renewed for three more seasons — an 11th, 12th and 13th installment — FX announced Thursday at the Television Critics Association winter press tour.

Season 10 of “American Horror Story” was ordered in August 2018 and will premiere later this year.

“Ryan [Murphy] and Brad [Falchuk] are the undisputed masters of horror TV, having created the anthological limited series with ‘American Horror Story’ and sustaining its success for nearly a decade as FX’s highest-rated series,” Landgraf said in a statement. “We are grateful to them and Dana Walden and our studio partners for committing to another three years. ‘AHS’ has showcased a wealth of award-winning actors since day one and we appreciate the contributions of everyone, including Ryan, Brad and fellow executive producers Tim Minear, James Wong, Alexis Martin Woodall and Bradley Buecker, the writers, directors, cast and crew for each new, unforgettable installment of ‘American Horror Story.'”

SEE Season 3 of ‘American Crime Story’ will tackle Clinton-Lewinsky scandal, but you’ll have to wait a long time for it

Landgraf said he has no idea what Murphy is plotting for the new seasons. “I think we’re really fortunate that he really loves it, but he loves the act of imagination and creation … and really starting from the ground up,” Landgraf said. “He probably has a bucket of possibilities, but every year he figures out what he’s obsessed with. Sometimes it’s classic, sometimes it’s more responding to the moment. … I’m really excited that we’re able to continue to work with him. It feels very poetic to me that ‘American Horror Story’ is going to have 13 seasons.”

“American Horror Story” is one of Murphy’s remaining franchises on FX, having left his longtime TV home for Netflix two years ago. As previously announced, after numerous starts and stops, “American Crime Story’s” third installment will be centered around Monica Lewinsky and President Clinton‘s impeachment, but its September premiere has been delayed.