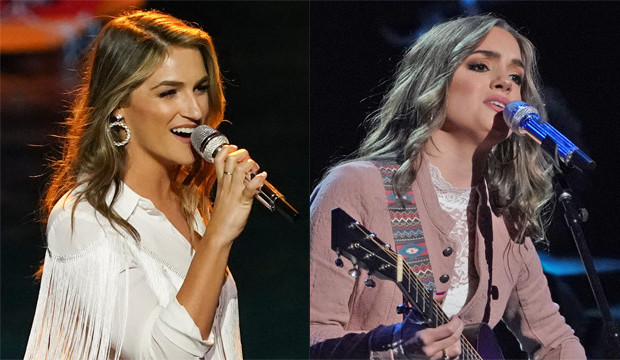 “Fix your screw-up, ‘American Idol!’ That was the reaction of Gold Derby user John Hamrick after ABC’s reality TV singing competition decided to pit two talented female country singers against one another and allow viewers to decide their fates.

For whatever reason, judges Lionel Richie, Katy Perry and Luke Bryan couldn’t choose amongst themselves whether tech saleswoman Grace Leer or registered nurse Lauren Mascitti should claim the final spot in the Top 20. Making it harder was how similar the two 28-year-olds who both hail from Nashville were to each other with their long lush hair and attractive eyes. They both dreamt of being performers since they were toddlers and Grace even competed 17 years ago on “American Juniors.”

Where their paths diverge, however, was the difference in their approach to their music. Grace has a more polished stage presence and possesses more vocal power. In Hawaii, she decided to sing a cover of Aretha Franklin‘s “(You Make Me Feel) Like a Natural Woman.” As for Lauren, who previously impressed the judges with her original songs and traditional country sound, played guitar and sang “Two More Bottles of Wine” by Emmylou Harris for her showcase choice.

It turns out America’s choice was Grace as the 20th singer to move onto the competition that begins with a special episode on Sunday, April 26. However, not all Gold Derby users who took our poll were happy with the outcome. While 18% thought Grace was the right choice, a substantial 35% preferred Lauren’s storytelling style of performing.

But the biggest contingent of voters — 47% — thought that the show should have expanded the Top 20 to a Top 21 and allowed both performers to compete on Season 18. Several “Idol” fans shared their disappointment that someone had to go. “I don’t think it was fair putting the two girls against each other,” wrote Kim Patla, who would have preferred a Top 21.

Lorna S would have preferred that Lauren had been voted through, calling her “the real winner.” She added, “I won’t say I’m done with ‘American Idol, but I will say I’m very disappointed they didn’t do the right thing and let them both go through.”

Similarly, Piper shared, “Lauren can sing, she has great talent. Grace doesn’t even come close. I doubt Grace received the most votes. When you send the real talent home, do you really have a show or a contest.”

“‘Idol’ dropped the ball yet again,” wrote Joe Clovis. “Grace and Lauren are very close in talent. But where AI screwed up is that both of these ladies are so much better than many of the others in the top 20.” Meanwhile, Terry has her suspicions, saying it “does feel like it was a situation done for drama and controversy … causing me not to watch anymore.”