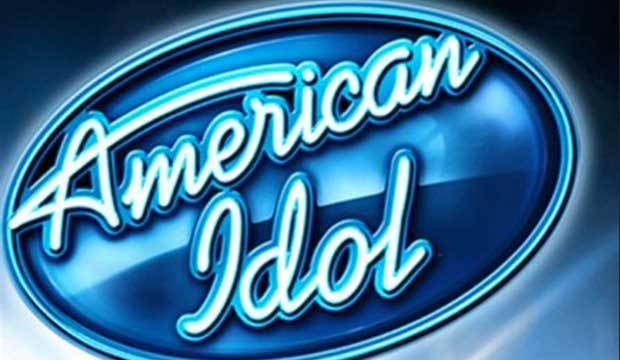 “American Idol” kicked off season 18 on February 16. Night 2, which airs February 23, features another dozen artists hoping to win over the three judges — Luke Bryan, Katy Perry and Lionel Richie — and get one of those coveted tickets to Hollywood. Among is Margie Mays, who auditioned last year and made it as far as the Top 4o. The music teacher returns to try again, along with her boyfriend Jonny West, a piano teacher.

They are hoping to number among the 150 contestants who make it to the next stage: Hollywood Week. At the end of those seven days, only 40 will get an all-expenses paid trip to Hawaii where they auditioned for judges again, this time in front of guests staying at Disney’s Aulani Resort in Honolulu.

Only half of the Top 40 made the cut. Those score of contestants then took turns performing on their own and with celebrity guests. Just 14 of them got put through to the live shows, which begin in early April. At this point, you will be able to predict the outcome of each episode in our predictions center.

Below, follow along with all the action on the Night 2 season 18 episode of “American Idol.”

8:10 p.m. — Auditions are kicking off in Savannah tonight with 17-year old Cyniah Elise up first. She’s singing “You are the Reason” and injects gospel inflections while confidently projecting her powerful vocals. Cyniah is a soulful diva the season needs and Lionel even compared her to the legendary Whitney Houston. It’s a big YES to Hollywood for Cyniah.

8:20 p.m. — Next up is Kay Denise and she enters the room full of spunk and personality, but can she sing? She belts out “Mercy” and does okay, but I’m not blown away. I don’t think this is the right song for her. Katy loves her energy and confidence but finds her vocals a bit pitchy. Lionel calls her showmanship fantastic but he doesn’t get her voice. Luke says her voice has to catch up with her ability to hold the room. After getting a “No” from Luke, Kay pleads for Katy to save her so Katy allows her to go outside and sing for her life. In front of a live crowd, Kay sings the same song (I wish she tried a different one) but the audience seems to be having a good time. The judges end up letting Kay go to Hollywood, but she will have to improve if she wants to make it any further.

8:30 p.m. — After we see a few contestants get some vocal coaching from the judges, it’s time for 21-year old male cheerleader, Kyle Tanguay, to audition. He’s one of the first male cheerleaders to perform with the Philadelphia Eagles cheer squad and he arrives with his full team of women cheering him on. Singing “Mercy,” Kyle is surprisingly good and some of his cheermates even start tearing up. He gets an “OMG” from Katy but she asks him to take it up a key and do it again. After nailing it again the judges clear him for Hollywood.

8:40 p.m. — The judges head up to Sun River, Oregon for some more auditions starting with Jovin Webb, a 28-year old who went through a dark time after the death of his mother in 2012. Once his son was born, Jovin decided to start living a full life again to provide a strong example. Singing “Whipping Post,” Jovin shows off an exciting, soulful and gritty voice in my favorite audition so far. The judges can’t stop smiling from ear to ear while he sings and give him a standing ovation at the conclusion. Lionel says Jovin “brought the barbecue sauce to ‘American Idol.'” It’s a huge YES to Jovin and he’s headed to Hollywood.

9:00 p.m. — The smell of propane gas takes over the audition room and there appears to be a gas leak. The fireman crew comes in to save the day so auditions can proceed. They move right on to Milwaukee though and a bubbly 16-year old with dreams of Broadway walks into the room. Claire Jolie Goodman performs an aria that nearly knocks Katy’s lashes off her face. Lionel says she’s not in the right house, but her voice is incredible. Katy tells her to go to New York and pursue her real dream, but it’s a no for Hollywood.

9:20 p.m. — Margie Mays returns from last season along with her boyfriend Jonny West. Margie is singing “I Found a Boy” and it’s a much more serious tune than I was expecting. She’s got a nice country-sounding tone, but the song choice isn’t great. The judges think her voice has improved since last year, but Katy gives her a no. Lucky for Margie, Lionel and Luke give her a pass to Hollywood. Jonny is up next singing an original song on piano and even throws in  a rap verse which appears to excite the judges. Katy says Jonny could go further than Margie in the competition so she hopes their relationship can withstand that possibility. It’s a big YES for Jonny and the dynamic duo moves on to Hollywood together.

9:30 p.m. — Up next is Sarah Isen, one of 26 siblings that share the same sperm donor as a father. Her family story is riveting to the judges, but it’s time to find out if she’s got the goods. Sarah sings “If I Were a Boy” and she’s got a nice alto voice with a beautiful tone. She goes a little overboard with the vocal gymnastics but she could be very good if she held back the runs a bit. Nevertheless, it’s a YES to Hollywood for Sarah.

9:40 p.m. — Auditions from Los Angeles are next to be featured beginning with Eliza Catastrophe. She sings her original song “Sardines” which completely perplexes Lionel and Katy while Luke looks pleasantly entertained. Despite having the best name in the competition, this Catastrophe won’t be heading to Hollywood. After receiving a “no” the judges also rejected her invitation to hang out with them socially. So off Eliza goes with her head held low.

9:50 p.m. — The next artist to audition was inspired by Caty Turner and Alejandro Aranda last year and decided to sing her original song “Growing Pains.” Julia Gargano sits down at the piano and sings with all her heart and receives a hug from Katy. I was completely unmoved by Julia’s performance but the judges absolutely loved it. Katy went as far as to say she thinks Julie will be a Top 5 finisher. She’s heading to Hollywood!

9:59 p.m. — Last up tonight is a married duo that goes by Treble Soul, but they’ll have to audition solo in this process. First up is Curt Jones, who is a solid country singer who has a nice storyteller quality about him but doesn’t do anything jaw-dropping. Next up is his wife, Hannah Prestridge singing an original song about their tumultuous relationship. Hannah suffered from an addiction to prescription pills after being medicated for kidney complications. Now a year sober, Hannah projects a pain in her voice that resonates with the judges. After a deliberation, the judges decide to send Hannah through to Hollywood, but Curt is eliminated. That’s a wrap for tonight!