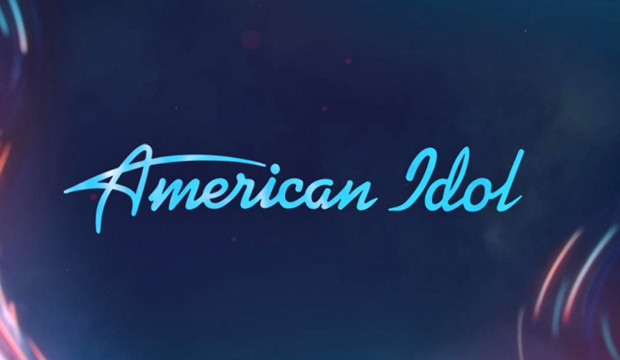 ABC airs the the fourth of five “American Idol” episodes devoted to the audition stage of the competition on March 8. Another 14 would-be winners of season 18 will sing for the three judges — Luke Bryan, Katy Perry and Lionel Richie — hoping to get one of those coveted tickets to Hollywood.

Keep refreshing for the most-up-to-date comments

8:05 p.m. — “American Idol” kicks off with judge Katy Perry announcing she is pregnant with her first child. Lionel and Luke are excited to have a celebratory fourth judge and Katy is looking forward to expanding her maternity wardrobe. Following the announcement they get back to business hosting auditions beginning with Danny La Rota, a 24-year old dental student singing “Royals.” The judges seem impressed with alternative rock style and guitar skills, but is he good enough to go to Hollywood? Katy calls him the most original artist to audition this season. Luke and Lionel agree that Danny has some serious skills and he’s heading to Hollywood!

8:15 p.m. — The next contestant to audition has no idea who any of the judges are. In fact, he seems to think Luke is Justin Timberlake. He’s never heard of Lionel and thinks Katy sings “Chandelier.” This guy can’t be real. Regardless, his name is Lou Dawg and he’s singing an original song called “Feel My Lovin’.” He’s a completely average singer who looks like a Disney prince singing in a coffee shop. The judges wisely turn him away.

8:25 p.m. — Next up are a couple more contestants who seem to be taking music a little more seriously. Makayla Phillips auditioned two years ago for the first time, but she was a few months too young. Katy yells “Thank God!” as soon as Makayla begins to belt out “Who’s Lovin’ You?” Although Katy appears enamored, Makayla has serious pitch issues and runs every note into the ground. We also see Devon Alexnder‘s audition simultaneously — which has a bit more of a natural pop/soul vibe. Katy calls Makayla Top 10 material and Luke loves Devon’s vibe. They’re bothing going to Hollywood!

8:35 p.m. — Up in the Milwaukee auditions we see Mosean Wilson, a 23-year old who had a tough upbringing. His father died of a drug overdose and Mosean was the one who found his body. He’s been through a lot so everything he sings is a reflection of his emotion. He doesn’t hesitate to start his audition at the keyboard, an original called “Slip Away.” All Mosean had to do was hum a few notes before I could tell he was the best audition of the night. This man has serious musicianship and a soulful voice without overdoing it. Luke says Mosean is what this show is all about. Katy is moved by his voice and is ready to invest in him. Lionel had to stand up and give Mosean a Richie hug. Katy can’t fight back the tears as she and the other judges hand over Mosean’s golden ticket to Hollywood.

8:40 p.m. — The auditions head down to Los Angeles where Faith Becnel is having trouble winning over the judges. She is stopped a couple times during her performance of “Lady Marmalade” for some advice from the judges but even then Lionel is a “No.” Katy sees an X-factor within Faith and gives her a “Yes” before Luke seals the deal and sends her to Hollywood.

8:50 p.m. — Next up are a cute country duo named Kat Luna and Space Cowboy. They’ve come together through music and fallen madly in love. Now they’re both auditioning in hopes taking a trip to Hollywood together. They’re singing “Shallow” together and Space Cowboy aka Alejandro Garrido starts things off playing guitar and singing the first verse. He’s got a nice voice and a charismatic personality. Kat is up next and is a bit shaky and pitchy, but I’m not sure the judges notice because they’re so overcome with how cute these two are. Katy says they’ll both probably reach the top 10 and Luke is blown away by both of them. I’m blown away by how the judges have exaggerated this performance, but they’re both heading to Hollywood.

9:00 p.m. — We begin the second hour with a trio of contestants including 22-year old Emma Kate, 28-year old Marcus Tinsley and 24-year old Chase Jerico. All three went through but we didn’t get to see much of their auditions. Then Tavia walked in with her “girl-tarist” to accompany her. They met just two days prior, but have developed a fast friendship. Tavia is singing “I Will Survive” and I’m disappointed to say that she’s awful, but her girl-tarist is super into this. What a mess! Tavia seems like a fun person, but her Idol journey ends here.

9:15 p.m. — Sophia Wackerman is a California native hoping to secure her ticket to Hollywood. Her father is a professional guitarist and her late mother was a singer. Today she’s singing in her mother’s honor, who passed away from lung cancer when Sophia was just 16. She’s singing “Water” at the piano and her voice is deeper than I was expecting. It’s a refreshing sound and one of the best vocals of the night! The judges are impressed with her signature tone, musicality and potential. Not only does Sophia get a ticket to Hollywood, but Katy takes her outside to show the other contestants what a star looks like.

9:25 p.m. — Auditions continue in Savannah, Georgia with Jimmy Levy singing “Wicked Games.” Jimmy sees ghosts and comes from a psychic family, but hopes to pursue a career in music. Unfortunately he’s not a good singer. He also can’t sing without his hand pushed against his temple. The judges lie to Jimmy and actually make him believe he’s got serious musical chops. He’s heading to Hollywood. Ridiculous.

9:35 p.m. — Up next is 16-year old Olivia Ximines who brought along her dance crew to help show off her dancing skills before singing “Language” for the judges. Aside from dancing, Olivia has some serious chops and she’s adorable to boot. This girl might be the full package the judges have been waiting for. She’s heading to Hollywood!

9:40 p.m. — Marna Michele is a 27-year old with a muscle and joint disorder that has left her wheelchair bound. She’s auditioning to prove you don’t have to be perfect to win “American Idol” and hopes to be an inspiration to children with disabilities. She’s singing “A Million Reasons” and although the judges give her some advice to improve her vocals, Marna has gotten a big YES for Hollywood.

9:45 p.m. — Zack Dobbins is the next to audition and he’s a Southerner with a long mullet haircut and a mud-covered pick-up truck. Even if he becomes a famous superstar, he plans on buying a single-wide trailer to live in on a nice piece of land. He’s singing an original song he wrote, but not before Luke helps him tune his guitar. Zack has a surprisingly mature voice that reminds me a bit of a previous winner of “The Voice,” Sawyer Fredericks. Zack doesn’t know anything about singing, but his authentic sound is superior to most of the other auditions this season. It’s a YES to Hollywood for Zack and he might be one of the most exciting to watch. A diamond in the rough.

9:59 p.m. — Last up is a 26-year old singer-songwriter named Ren Patrick who recently got out of an abusive relationship. She’s singing “Dancing On my Own” and playing guitar. She’s got an earthy, unforced voice that feels natural and powerful. Ren knows how to put her emotion into a song and the judges recognize that as well. The judges think she’s an incredible singer and they’re excited to send her to Hollywood. That’s a wrap for tonight!