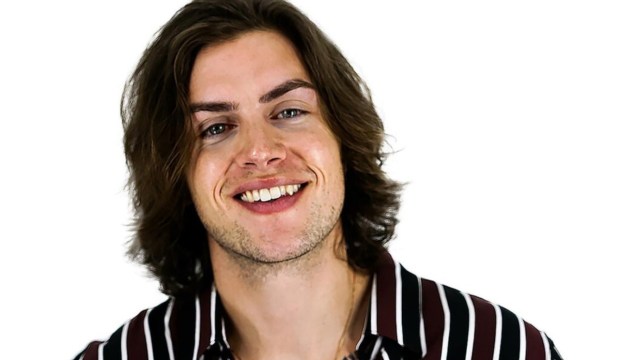 For Top 7 semifinalist Dillon James, making it to the Hawaii showcase on “American Idol” was the moment it sunk in just how far he’s come. “For me in my life, in my journey I’ve been going through, you kind of pray and hope and wish to do something with your life and not fall apart in front of your family and your friends,” says the 26-year old construction worker from Bakersfield, California. Now James is one of seven artists in the running to become the Season 18 winner.

James soared when he reached the Top 20, singing “Let it Be Me” and earned a spot in the Top 11. In the “Homeward Bound” episode he took on a Beatles classic with “Yesterday” and once again felt the love from viewers who voted him into the Top 7. For his “Disney/Mother’s Day” double, James performed “Our Town” and “Hang On, Hang On” in hopes of being voted into the finale.

“I think he was 11, at Christmas time, Dillon got a guitar,” recalls his mother. “He would learn a song really quickly and move on to another one,” adds his father. “He wouldn’t sing in front of us.” James remembers when his dad first discovered he could sing. “It was only maybe 15 or 20 seconds and I literally didn’t believe it was him,” said his proud pops with tears in his eyes.

“We were so surprised it was him because it didn’t sound like him,” says his mother. “But it was good. And it’s not that we didn’t think that he could be good, but it was really good.” In the beginning stages, James tried to emulate various singers before finding his own voice. “I’m amazed by him every day,” says his mom.

At his initial audition, James performed an original composition called “Gunsmoke” for the judges that intrigued them in a country-music-meets-Post Malone sort of way. But it wasn’t an easy path for the aspiring singer. “Six or seven years ago I started sliding off the deep end,” he admits. “I just started using drugs and drinking all the time. I found myself on the streets with no money.” He confessed his troubles to his family and they welcomed him home with open arms.

“I love him like I almost lost him,” says his mother with tears in her eyes. “I have him back and I’m not letting go.” James is hoping to be selected as one of the five finalists to perform for America on the Sunday, May 17 finale. The other six artists hoping to compete are Arthur Gunn, Francisco Martin, Jonny West, Julia Gargano, Just Sam and Louis Knight.