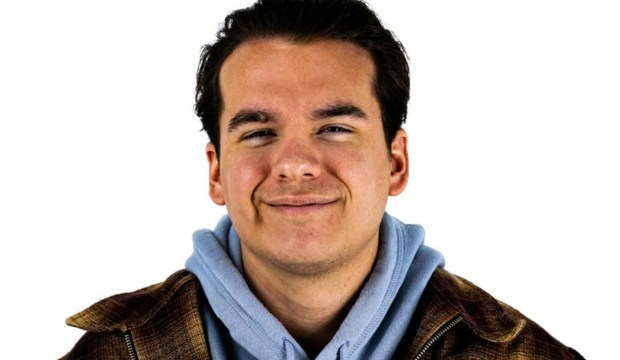 Jonny West had accompanied his girlfriend, Margie Mays, to her Season 17 audition of “American Idol” and in Season 18 he decided to try out alongside her. While Margie made it to Hollywood again, it was her accompanist who really made the judges swoon. Now West is one of seven artists in the running to become the Season 18 winner.

West soared when he reached the Top 20, singing “What a Wonderful World” and earned a spot in the Top 11. In the “Homeward Bound” episode he took on a Journey classic with “Faithfully” and once again felt the love from viewers who voted him into the Top 7. For his “Disney/Mother’s Day” double, West performed “Almost There” and “Amazing Grace” in hopes of being voted into the finale.

The 23-year old piano teacher from Murietta, California impressed the judges at his audition when he sat down at the piano and not only sang, but rapped an original composition for them. “I love hip-hop,” Jonny says. “It’s all that I really listen to.” He admits he would sit in his bedroom closet in high school to record his mixed tapes because it was the closest thing he had to a recording booth. “I always loved rhyming words. The way you can tell a story, you can tell it so much more intricate with a rhyme.”

Jonny’s mother says he was always a little quirky, but she decided to just roll with it. “He came up with this name, Skinny Neutron,” she laughs. “Well, if that’s what he wants to be called! And he was skinny. I just kind of thought, this too shall pass.” But Jonny’s versatility ended up helping him stand out as he continued to impress the judges during Hollywood week. Unfortunately, when he teamed up with his girlfriend Margie for a duet, they both hit a rough patch.

Anxious to bounce back from his awful duet, Jonny recovered in his solo but Margie was cut. Alone in Hawaii, Jonny flourished and absolutely nailed his showcase performance of “You Found Me” by The Frey. “We’re thankful for each step he takes forward,” says Jonny’s mother. West is hoping to be selected as one of the five finalists to perform for America on the Sunday, May 17 finale. The other six artists hoping to compete are Arthur Gunn, Dillon James, Francisco Martin, Julia Gargano, Just Sam and Louis Knight.