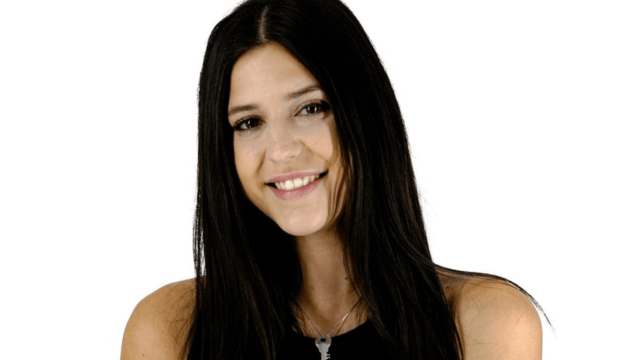 “Between Catie Turner and Alejandro Aranda, I’ve really seen a spot for me here,” says Julia Gargano, a 22-year old college student from Staten Island, New York hoping to become the next “American Idol.” “I consider myself a songwriter. At age 8 I started taking piano lessons and that’s where the singer-songwriter part of my life began. I can’t picture myself doing anything else. Now Gargano is one of seven artists in the running to become the Season 18 winner.

Gargano soared when she reached the Top 20, singing “Human” and earned a spot in the Top 11. In the “Homeward Bound” episode she took on a Billy Joel classic with “New York State of Mind” and once again felt the love from viewers who voted her into the Top 7. For her “Disney/Mother’s Day” double, Gargano performed “Beauty and the Beast” and “Sweetest Devotion” in hopes of being voted into the finale.

Gargano auditioned for the judges with an original composition called “Growing Pains,” inspiring Perry to walk over and give the aspiring musician a hug. “Next season on ‘American Idol’ people are going to say, ‘I came here to audition because I was inspired by Julia,” said Perry. “You are as good as Catie Turner and Alejanro. I think you’re Top 5.”

“When Katy said that I was going to be an inspiration to other songwriters, that was too much for me to take in,” Gargano gushes. With the judges high praises in mind, Gargano’s confidence during the Hollywood week genre challenge was shaken. This time she had to perform a cover song, not an original. “Mentally I am gone,” she said. “Not being able to sing an original song is definitely a challenge. It’s definitely psyching me out a little bit.”

Gargano decided to sing “The Joke” by Brandy Carlile. “Since I can’t sing an original song, I wanted to sing a song that I could perform like it was my own,” says Gargano. Despite her nerves, Gargano’s performance didn’t just win over the judges, it also caught the eye of her idol. Carlile watched the performance and said she enjoyed seeing it.

Gargano rode her wave of good feelings all the way to the Hawaii showcase where she performed “Glitter in the Air” by Pink. That performance convinced the judges to put her in the Top 20. “I love being on ‘American Idol,’ she admits. Gargano is hoping to be selected as one of the five finalists to perform for America on the Sunday, May 17 finale. The other six artists hoping to compete are Arthur Gunn, Dillon James, Francisco Martin, Jonny West, Just Sam and Louis Knight.