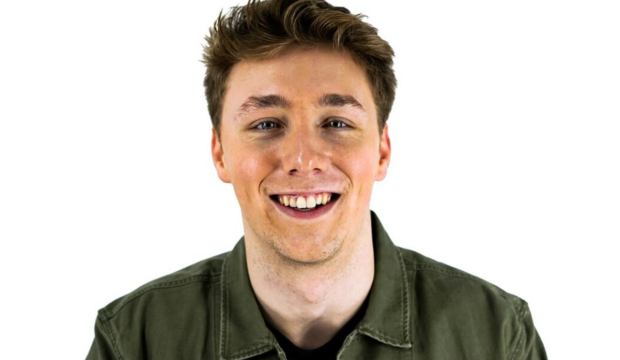 Louis Knight began his “American Idol” journey singing an original song called “Change” about his best friend that committed suicide. The 19-year old pizza delivery guy from Philadelphia, Pennsylvania reminded the judges of a young boy band member, but quickly showed the judges he is more than a handsome face. Now Knight is one of seven artists in the running to become the Season 18 winner.

Knight soared when he reached the Top 20, singing “If the World Was Ending” and earned a spot in the Top 11. In the “Homeward Bound” episode he took on a Coldplay hit with “In My Place” and once again felt the love from viewers who voted him into the Top 7. For his “Disney/Mother’s Day” double, Knight performed “Can You Feel the Love Tonight” and “You’ve Got a Friend” in hopes of being voted into the finale.

“Nine years ago the family decided to move to Philly,” Knight recalls about his immigration from England. “When you decide to move overseas you realize how much more you really have to stick together. Family is everything. Middle school was quite a tough time and at that point I started turning to music more. My mom bought me a piano and that’s when I wrote my first song.”

“I heard him playing something, and I asked, ‘Who is that?'” says his mother. “And he responded, ‘Oh it’s mine mom. I just started doing that this morning!’ We’re hugely proud of him and we just know he’s going to absolutely change the world song by song.” Following his initial audition, the judges were smitten with this British invasion.

“I think you might be the biggest star we’ve ever had on ‘American Idol’,” said Bryan. And in Hollywood, Knight reminded Perry of someone else. “He’s giving me Harry Styles vibes,” expressed the judge. The good vibes kept coming in the Hollywood solo round when he sang “Hold Me While You Wait,” by Lewis Capaldi.

The season heartthrob was filled with confidence leading into his Hawaii showcase, where he gave an upbeat performance of “Castle On the Hill” by Ed Sheeran. But although the teenager was feeling the crowd, the judges weren’t feeling him. “That wasn’t his best performance,” remarked Perry. “He got into his head and he needs a good talking to.” So that’s what the judges did at his final judgment, advising him to sing with his heart while pushing him forward into the Top 20.

Knight is hoping to be selected as one of the five finalists to perform for America on the Sunday, May 17 finale. Should everything go well for him, he would become the first British winner in the show’s 18-season history. The other six artists hoping to compete are Arthur Gunn, Dillon James, Francisco Martin, Jonny West, Julia Gargano and Just Sam.