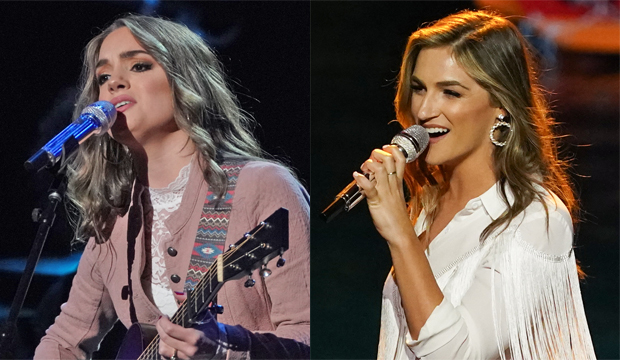 At the end of Sunday’s final Hawaii showcase episode of “American Idol” Season 18, host Ryan Seacrest introduced an exciting new twist to ABC’s reality TV show. Instead of a Top 20, this year there will be a Top 21! Judges Katy Perry, Lionel Richie and Luke Bryan couldn’t decide between Lauren Mascitti or Grace Leer for who would earn the last spot in the live shows, so they left it up to viewers watching at home. Read on for all the info you need on how to vote Lauren or Grace into the Top 20.

SEEWhich ‘American Idol’ runner-up did YOU say was robbed? The votes are in and it wasn’t even close [POLL RESULTS]

The easiest way to vote is at americanidol.com/vote or the “American Idol” app. If you’d rather text your votes, text either name — “Lauren” or “Grace” — to 21523. You have to be at least 16 years old and located in the U.S., Puerto Rico or the Virgin Islands to vote.

Voting for either Lauren or Grace closes at 9am ET on Tuesday, April 7, 2020. You can submit up to 10 votes for each remaining contestant per voting method. Message & data rates may apply for app download and usage. Once the coronavirus-delayed live shows begin, you will be able to use the same voting methods to vote each week.

Lauren’s success in the spotlight has been a “long time coming” since she’s had to deal with a lot of sacrifices with her Nana and Papa. Her Nana accompanied her to Hawaii, where she now says Lauren deserves to reach the mountaintop after living in the valley for so long. “Two More Bottles of Wine” by Emmylou Harris was Lauren’s final showcase song, and the 28-year-old from Nashville already seemed like a country superstar up on the stage. “I like her,” Lionel shouted while dancing in his chair. “Wow!” Luke chimed in before calling her “classic.”

Grace has been performing since she was a contestant on “American Juniors” back in 2003. (For the record, she was eliminated at the Top 20 semi-finals.) “I’ve been doing this for so long,” Grace declared in Hawaii. “I’m still riding this dream and no matter what happens, I’m not gonna stop doing what I love.” The 28-year-old Nashville resident took on “(You Make Me Feel Like) A Natural Woman” by Aretha Franklin for her showcase performance and seriously impressed the judges. “Holy cow!” Katy shouted excitedly as they all watched Grace dominate the stage.