The live remote housebound version of “American Idol’s” of the Season 18 finale that crowned Just Sam as the winner lacked the usual glitz, fanfare and onstage hugs that has defined ABC’s reality singing competition. But loyal viewers found much to like in this more intimate and heartfelt version of their favorite show that allowed us to see the contestants on their home turf with loved ones and friends.

We asked you what was your favorite moment on the season closer and 24% most enjoyed the 2020 version of “We Are the World” that was kicked off by Lionel Ritchie, who originally co-wrote the philanthropic chart-topper back in 1985 with Michael Jackson.

He was joined by fellow judges Katy Perry and Luke Bryan and such former “Idol” past winners and fan favorites such as Alejandro Aranda aka Scarypoolparty, Gabby Barrett, Jordin Sparks, Katharine McPhee, Kellie Pickler, Laine Hardy, Lauren Alaina, Phillip Phillips, Ruben Studdard and Scotty McCreery trading verses. The cool part was that their enlarged images were projected on U.S. landmarks across the country. (Watch the video above to relive the moment).

The moment coming in second with 16% arrived after host Ryan Seacrest announced Just Sam won as she social-distanced herself by being in Los Angeles while her sweet devoted grandmother was back in Harlem. After hearing the news, she exclaimed, “My dreams have come true,” while her granny did a happy dance wearing a Just Sam T-shirt that viewers could witness on an iPad.

Tying for third with 13% each was garbage man Douglas Kiker, all duded up in a leather jacket, new teeth and a cool haircut, when he sang “Bless the Broken Road” with Rascal Flatts and Jonny West reprising his original audition song ‘Makin’ Love’ with its insanely good rap break.

There was a three-way tie for fourth with 8% each: Just Sam’s gutsy rendition of Kelly Clarkson‘s ‘Stronger,’ Just Sam doing a duet with Lauren Daigle on her song ‘You Say’ and the Top 10 joining Cynthia Erivo on a medley of Aretha Franklin hits.

Next was Luke Bryan performing his new release, “One Margarita,” claiming 5% of the votes while 3% picked the announcement that there will be a fourth season of “American Idol” on ABC.

Sorry to break it to you, Katy Perry, but you only got 1% saying your rendition of your new single “Daisies” was the best moment on the last show of season. 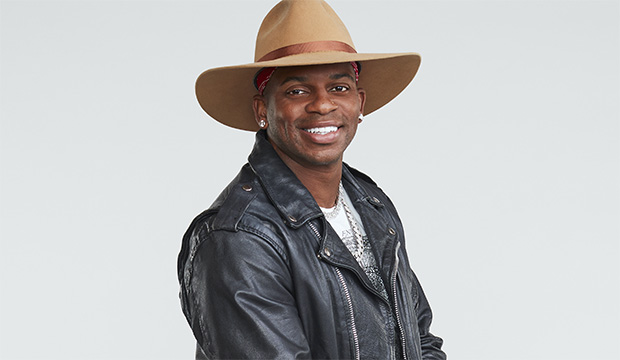