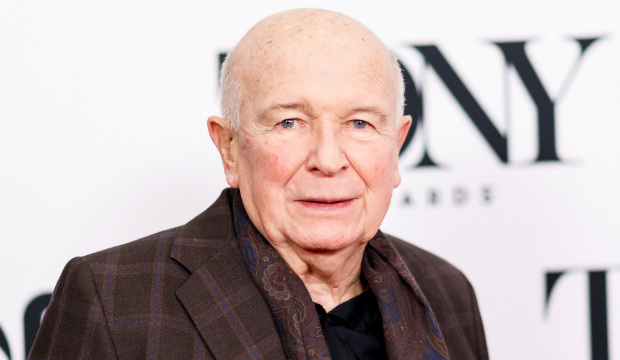 The New York theatre community is normally all abuzz in June. The Tony Awards provide excitement at the start of the month, warm weather brings in major tourist dollars, and New Yorkers collect their rainbow studded Playbills to celebrate Pride. But the coronavirus had different plans for June of 2020: Broadway is shuttered, the Tonys are indefinitely postponed, and new safety measures have cancelled Pride events worldwide. So thank the theatre gods for the tonic that is the American Masters documentary “Terrence McNally: Every Act of Life.”

Terrence McNally sadly passed away in March due to complications from Covid-19, so it is only fitting that the life story of this pioneer playwright should roar loudly during Pride month. The film was completed before his death, with a premiere at the Tribeca Film festival in 2018. The documentary now reaches a wider audience with a celebratory Pride airing on Sunday June 14th, on PBS.

Critic Rex Reed once described McNally as “one of the greatest contemporary playwrights the world has yet produced.” Audiences surely caught on to that greatness through hits like “Master Class” and “Ragtime.” But more impressively, McNally was a loud and unashamed queer voice in theater long before the age of marriage equality. He unabashedly told gay stories on the world’s major stages, whether it was about bathouse culture in “The Ritz,” the effects of the AIDS crisis in “Lips Together Teeth Apart,” or the inner lives of close gay friends in “Love! Valour! Compassion!” There were plenty of other successful gay playwrights at the start of McNally’s career, but he was the only out and proud one at the time.

McNally is remarkably forthcoming in “Every Act of Life.” He revels in great memories, but refuses to shy away from the painful ones. Viewers get a glimpse at his struggles in his conservative Texas hometown, his tumultuous romance with Edward Albee, and a battle with lung cancer.

And when McNally isn’t speaking, some of the most celebrated stars of the theater world offer their insights. This includes Nathan Lane (often considered one of McNally’s greatest muses ever since their collaboration on “The Lisbon Traviata”), Audra McDonald, Tyne Daly, Joe Mantello, Christine Baranski, F. Murray Abraham, Rita Moreno, Angela Lansbury, and Chita Rivera. While the playwright’s first hand accounts of his own life are priceless, it is the contributions of these collaborators which show just how profoundly McNally affected the industry. At one point, Billy Porter reminds the viewer: “We might forget this today because we’ve come so far, but Terrence was really cutting edge…we stand on his shoulders.”

Terrence McNally seemingly never stopped working. In the documentary, he cheekily suggests, “When people say, ‘when are you going to retire?,’ I sort of want to hit em.” He won four Tony Awards, for “Kiss of the Spiderwoman,” “Love! Valour! Compassion!,” “Master Class,” and “Ragtime.” He had three additional nominations, as well as a Lifetime Achievement Award in 2019. and was most recently represented on Broadway with a 2019 revival of “Frankie and Johnny in the Clair de Lune,” starring Audra McDonald and Michael Shannon. The documentary shines a light on why his incredible body of work was a radical force of change and conversation. Of course, McNally’s thoughts on the power of art were always right there for the taking in his plays. As the character Maria Callas says in her final speech from “Master Class,” “I have to think that we left this world a better place. That we have left it richer, wiser, than had we not chosen the way of art.” The world is certainly richer for having this man in it.