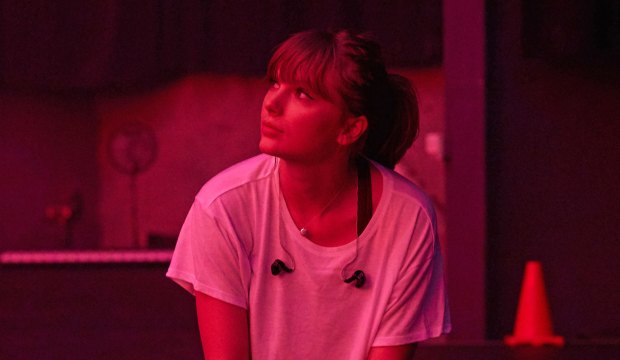 With the American Music Awards just around the corner, who will take home some of the most coveted prizes? The album races are stacked with collections that have definitely left a mark this year. Let’s dive in.

Since the AMAs are fan voted, it’s safe to say this battle will be between the two nominees with the biggest fan bases: Harry Styles with “Fine Line” and Taylor Swift with “Folklore.” (Don’t worry, The Weeknd fans! He’ll surely pick up a couple other awards.) Swift is a powerful force at the AMAs, beating out albums by other fan-favorites like Ariana Grande’s “Thank U, Next” and Billie Eilish’s “When We All Fall Asleep, Where Do We Go?” last year.

However, Styles recently defeated Swift at the Billboard Music Awards for the Chart Achievement Award, which is also fan-voted. Furthermore, Styles’s former band One Direction was one of the few acts that has managed to beat Swift multiple times at this awards show, even in this same category back in 2013. With all that in mind, Styles could likely edge out Swift for his first solo win here.

Morgan Wallen’s “If I Know Me” produced a couple of big country hits like “Chasin’ You” and “Whiskey Glasses,” and Blake Shelton is probably nominated due to the strength of the singles “God’s Country” and “Nobody But You” from his compilation album “Fully Loaded: God’s Country,” but a win for Luke Combs for his massive number-one sophomore project, “What You See Is What You Get,” is almost inevitable.

Combs has swept the big country award shows (the ACMs and CMAs) with the album and will likely continue to do so all awards season until his likely win at the Grammys early next year. The album notched six top 10s songs on the country charts, has spent multiple weeks on top of the Billboard 200, and will likely end up as the biggest country album of the year.

Similar to Combs in the country field, this award is likely to continue an awards season sweep for Roddy Ricch and his debut album, “Please Excuse Me For Being Antisocial.” It won the BET Award for Album of the Year, as well as the same prize at the BET Hip-Hop Awards. It also produced the smash hit “The Box” as well as the top-20 single “High Fashion” during his massive breakthrough year. However, since the awards are fan-voted, a win for Lil Baby (whose album “My Turn” has moved more units than Ricch’s) or Lil Uzi Vert (“Eternal Atake”) wouldn’t be a shocker.

Summer Walker’s “Over It” admittedly had a big moment in the R&B industry, but it’ll likely not get enough crossover votes for a win. Instead, the favorite here will probably be either The Weeknd’s “After Hours” or Doja Cat’s “Hot Pink.” It’s a close call: The Weeknd has the more commercially successful album, but Doja Cat’s fan base might be more of the highly online voting demographic. The Weeknd will probably pull ahead thanks to his massive dominance with the single “Blinding Lights,” but don’t be surprised if Doja Cat’s name is the one announced instead.

Bad Bunny’s “YHLQMDLG” is the obvious winner here, being an Album of the Year nominee at the Latin Grammys and the most dominant Latin album of the year, topping the Billboard Latin Albums chart for most of 2020. Could he vote split with his B-sides album, “Las Que No Iban a Salir,” which is also nominated here? Maybe, but don’t count on it.

This award is fair game for everyone. “Birds of Prey” might be the front-runner since it has such popular names involved (including Megan Thee Stallion, Halsey and the aforementioned Doja Cat), but so does “Trolls,” while the chart-topping “Frozen II” is commercially strongest of the albums nominated. Still, given that most AMA voters are probably teenagers or young adults instead of young children, “Birds of Prey” might pull off a win here.