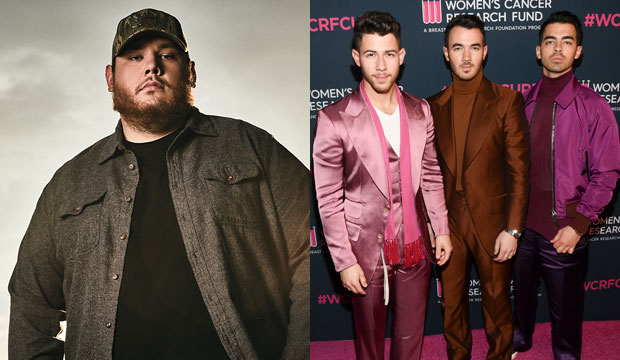 Who will win the highly competitive country and adult contemporary artist categories at the 2020 American Music Awards? The event is this weekend, so let’s take a look at who’s in contention.

The favorite to win here is undoubtedly Luke Combs. The country superstar has had a huge 2020, spending multiple weeks atop the Billboard 200 with his sophomore project “What You See Is What You Get,” and notching a string of top-three hits on the Billboard Hot Country Songs chart, in addition to taking multiple awards at the ACM and CMA Awards. Morgan Wallen and Kane Brown did have successful years too, but Combs might just be too strong to beat.

For the first time since 2006, the winner of this category won’t be Carrie Underwood or Taylor Swift, which is pretty significant. Who’s winning then? Well, most bets are on country-pop crossover artist Maren Morris. Her hit “The Bones” was a smash this year, and Morris has also performed well at other award shows, winning Female Artist of the Year at both the ACM and CMA Awards.

Besides that, her fan base is probably bigger than newbie Gabby Barrett‘s since Morris is more established, and it also might skew younger (and therefore more online-voting-friendly) than perennial nominee Miranda Lambert. That said, Lambert did also have a successful year with her album “Wildcard” and number-one radio hit “Bluebird,” and she’s been nominated without a win seven times. Perhaps eight could be her lucky number.

Dan and Shay obviously have the biggest hit of any of the nominees with “10,000 Hours,” and collaborating with superstar Justin Bieber on that song might get them an extra bump in votes, enough to easily win here. However, don’t sleep on Old Dominion; their song “One Man Band” was a hit too, and they might get more votes from fans of more traditional country. As for Florida Georgia Line, it probably isn’t their year, but they’ve won plenty of times before already, so they probably won’t be too bothered.

This one is tricky. Lewis Capaldi might’ve objectively had the biggest year out of the three nominees with his top 10 hits “Someone You Loved” and “Before You Go,” but the Jonas Brothers do have a passionate fan base (and that extra nostalgia factor from their late-2000s heyday). Then there’s Maroon 5, who have been around for long enough to have built a lot of goodwill with their fans and win. The smartest decision out of the three might be the bros, but keep an eye out for the other two.