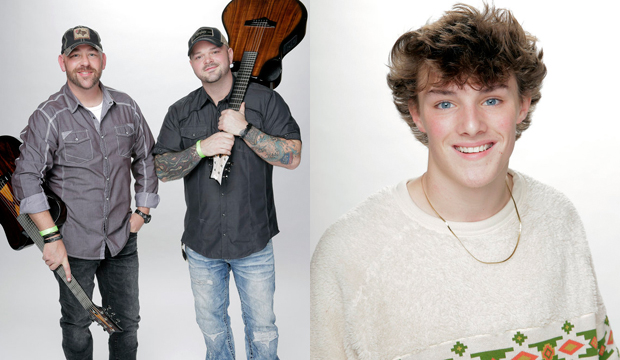 One of the most viral contestants from the “America’s Got Talent” auditions, Thomas Day, has been replaced in next week’s live show by singing duo Broken Roots. NBC/Fremantle confirms the last-minute switcheroo to Gold Derby, but isn’t revealing what prompted Thomas’ decision to withdraw from the reality TV show.

This 17-year-old singer and football player from Brentwood, TN originally auditioned in the June 2 episode with “Break My Heart Again.” As you’ll recall, Howie Mandel earned boos from the crowd and his fellow judges when he called Thomas’ performance “stiff.” However, when Thomas was next seen in the Judge Cuts, Howie completely changed his tune and happily joined with the others in sending the teenager through to the live shows.

Thomas was originally supposed to return to “AGT” during the August 25 live show, but was instead replaced by singer Nolan Neal. It was then assumed Thomas would sing on September 1 as a part of the last Quarterfinals group, but host Terry Crews didn’t mention his name at the end of last week’s results show. Now we know why.

Broken Roots, a pair of law enforcement officers and friends from Chicago, was initially seen in the May 26 season premiere. Amazingly, their appearance on the “AGT” stage was their first time performing together as a duo. “Let’s see if the next two or three minutes can change your lives,” Simon Cowell teased at the time. The guys earned big cheers with their cover of “Wanted Dead Or Alive” and easily advanced to the Judge Cuts, which is where they learned they wouldn’t be making it to the live shows. Until now. Thanks to this unexpected twist of fate, can Broken Roots now go on to win the entire competition?

Tour our photos below for an updated preview of the fourth group of 11 “AGT” quarter-finalists that will take the live stage at Universal Studios Hollywood on Tuesday, September 1, 2020. They are: