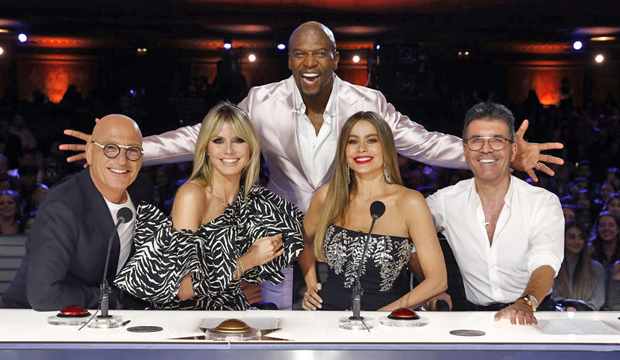 From singers to dancers to danger acts and everything in between, “America’s Got Talent” is TV’s only competition show that embraces all forms of variety acts. Throughout its 15 years on the air, seven singers have claimed victory with the others being a mix of ventriloquists, magicians, etc. (See the “AGT” winners list.) However, there are five specific variety acts that have yet to win the top prize of $1 million and a headline show in Las Vegas. Can any of these acts make history for “America’s Got Talent” in Season 15?

Comedians
Stand-up comics have come so close to winning over the years, but none have ever claimed the top trophy. Tom Cotter in Season 7, Taylor Williamson in Season 8 and Drew Lynch in Season 10 were all runners-up on their respective years. Can any of the Season 15 comedians pull through in the end? So far we’ve seen Usama Siddiquee give it his all on the stage, but there will surely be more comedians as the auditions continue.

SEEHeidi Klum on hitting her ‘America’s Got Talent’ Golden Buzzer for Cristina Rae: ‘My hands are still shaking’ [WATCH]

Female dancers
The only dancer to ever win was Kenichi Ebina, a Japanese man who wowed audiences in Season 8 with his robotic and eye-popping moves. While a female dance act has never prevailed, Silhouettes did come close in Season 6 by earning the runner-up position. As for the Season 15 crop of female dancers, contortionist Emerald Wolf and free-dancing Amanda LaCount both made the cut with the “AGT” judges. Will either of them prevail?

Singing groups/bands/choirs
As mentioned above, there have been seven solo singing champions to date: Bianca Ryan (Season 1), Neal E. Boyd (Season 3), Kevin Skinner (Season 4), Michael Grimm (Season 5), Landau Eugene Murphy Jr. (Season 6), Grace VanderWaal (Season 11) and Kodi Lee (Season 14). But what about singing groups, bands or choirs? None so far. The Millers came close in Season 1, with Detroit Youth Choir being the runner-up in Season 14. Of all the current similar acts, we suggest keeping an eye out for singing trio Resound, guitar duo Broken Roots or chorale group Voices of Our City Choir.

Danger acts
There has never been a winner or runner-up on “America’s Got Talent” that can accurately call themselves a “danger act,” however acrobatic group Zurcaroh in Season 13 came close with all of their high-flying energy. We’d love to see a cover-your-eyes performer win one day along the likes of The Professional Regurgitator, knife-thrower Deadly Games, daredevil Aaron Crow or acrobats Duo Transcend … but could America handle it?

Non-dog animal acts
Everybody loves our four-legged friends, which is why there’s been so many on the show through the years. Olate Dogs (Season 7) is the only animal act to prevail throughout the first 14 cycles, but what about cats, chickens, pigs, etc? So far in Season 15 we’ve only seen a single animal act audition: Pork Chop Revue. Can these little piggies oink their way all the way to the finish line and win the $1 million prize?