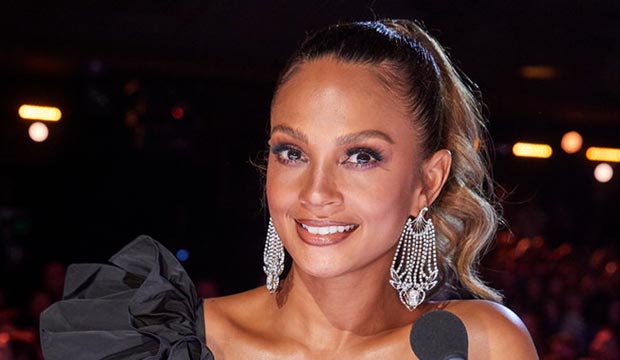 “America’s Got Talent” went through a major overhaul for the second season of “AGT: The Champions.” Two of the four judges from season 14 of “AGT” — newcomers Gabrielle Union and Julianne Hough — were bounced from the panel and replaced by returning fan favorite Heidi Klum and newcomer Alesha Dixon, who sits alongside Simon Cowell on “Britain’s Got Talent.”

What do you think of this new addition to the panel? After the first two episodes of “AGT: The Champions,” do you miss Gabrielle and Julianne or are you glad that they are gone? Give a grade to Alesha in our poll below and then sound off in the comments section.

Alesha is a singer who first found fame as part of the trio Mis-Teeq. She joined the BGT” panel in 2012. She and Simon sit in judgment with Amanda Holden, who has been with the show since its start in 2007, and actor/writer David Walliams who also joined in 2012.

Gabrielle proved to have an eye for talent when she gave her Golden Buzzer to  singer/pianist Kodi Lee. He went on to win “America’s Got Talent” 2019. Surprisingly, he does not number among the 40 acts vying for the win on season 2 of “America’s Got Talent: The Champions.”