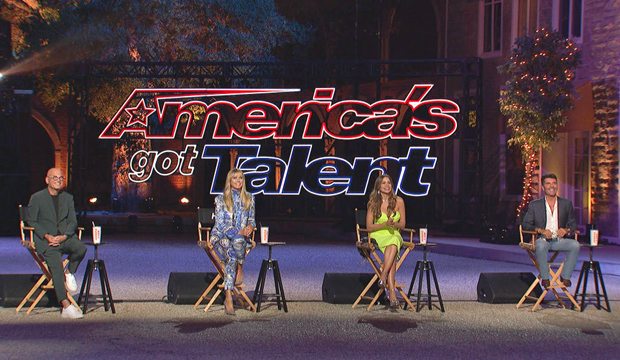 Now that the “America’s Got Talent” auditions and Judge Cuts rounds are a thing of the past, what’s in store for the rest of the season’s schedule? As this is the 15th year of NBC’s reality TV show, the network will air an anniversary special next week on Tuesday, August 4. Normally another round of Judge Cuts would have been slotted that week, but because of the coronavirus pandemic the entire season had to be re-structured. The all-important live shows begin the following week on Tuesday, August 11.

The two-hour retrospective will feature “AGT’s” most viral acts of all time, so you can expect to see big names like V.Unbeatable, Shin Lim, Darci Lynne Farmer, Grace VanderWaal, Terry Fator and more. Which famous faces do YOU hope to see again? (I’m personally rooting for my all-time favorite act, The Professional Regurgitator.)

The current Season 15 judging panel consists of Simon Cowell, Howie Mandel, Heidi Klum and Sofia Vergara, but you may see some former judges pop up in the anniversary special including David Hasselhoff, Piers Morgan, Sharon Osbourne and Howard Stern. Did you know there have been five “AGT” hosts through the years? Prior to Terry Crews, the list is made up of Tyra Banks, Nick Cannon, Jerry Springer and the late Regis Philbin.

This year’s live shows will feature the 44 acts who made it through as either Golden Buzzer picks or Judge Cuts survivors. For each of the first four live episodes, 11 acts will perform for America’s vote, with only a select handful advancing to the next round based on America’s vote. These semi-finals will air August 11, August 18, August 25 and September 1.