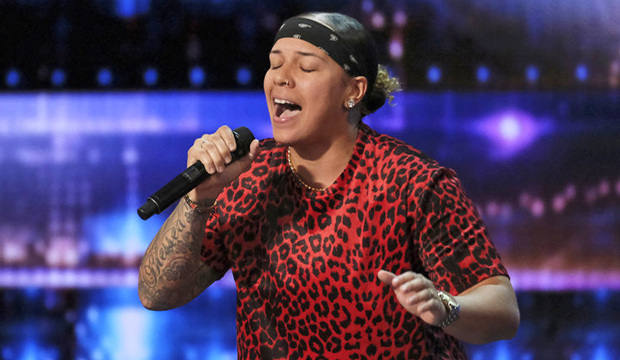 For the past week at Gold Derby, “America’s Got Talent” fans have been making their predictions for which acts from the 2nd night of Semifinals will advance to the next round, and which ones will be eliminated. Five acts will make it through to the Finals during the Wednesday, September 16 results show thanks to a mix of America’s overnight votes, the Dunkin’ Save and the judges’ pick. That means six acts are about to have their dreams crushed on NBC’s reality TV program just one week before the Season 15 finale.

Based on our readers’ odds, things are looking good for these five acts: dance duo BAD Salsa, singer Daneliya Tuleshova, chorale group Voices of our City Choir (Terry Crews‘ Golden Buzzer), singer Cristina Rae (Heidi Klum‘s Golden Buzzer) and singer Kenadi Dodds. You read that right: our odds predict that four of the five successful contestants will be singing acts — so much for variety!

That means the other six acts are in danger of going home, according to our users’ elimination predictions. They are: singer Celina Graves, danger act Jonathan Goodwin, mentalist Max Major, acrobats Bello Sisters, dance group WAFFLE Crew (Simon Cowell‘s Golden Buzzer) and sword swallower Brett Loudermilk. The judges were admittedly mixed on some of these acts during the Tuesday, September 15 performance show, while others were rewarded with standing ovations.

Here’s a closer look at the six acts that are predicted to be eliminated during the Sep. 16 results episode. Do you agree or disagree with our readers’ odds?

Everything to know about 'America's Got Talent: Extreme'