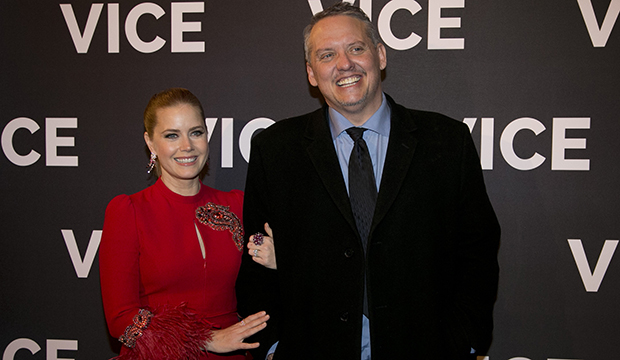 Amy Adams is coming back to TV — this time with an old pal. The actress is reteaming with her “Vice” (2018) director Adam McKay to headline and executive-produce the new Netflix limited series “Kings of America,” the streaming service announced Tuesday.

The series follows three powerful women whose paths cross through Walmart: a Walmart heiress, a maverick executive, and a longtime Walmart saleswoman and preacher who filed the largest class action lawsuit in U.S. history against the retailer. Adams will play one of the women. McKay will helm the first episode and also serve as executive producer.

This marks the third project between the two and the first TV show. McKay first directed Adams in “Talladega Nights: The Ballad of Ricky Bobby” (2006). “Vice” nabbed eight Oscar nominations, including Best Director for McKay and Best Supporting Actress for Adams.

This will be Adams’ second limited series. The six-time Oscar nominee, who can next be seen opposite Glenn Close in Netflix’s “Hillbilly Elegy” (her long-delayed “The Woman in the Window” might also go to the streamer), received an Emmy nomination last year for “Sharp Objects,” which she also executive-produced.

Emmy nominee Diana Son (“American Crime”) will serve as showrunner and executive producer on “Kings of America.” Jess Kimball Leslie, author of “I Love My Computer Because My Friends Live In It,” created the show, and will write and executive-produce.

No word yet on when “Kings of America” will premiere.