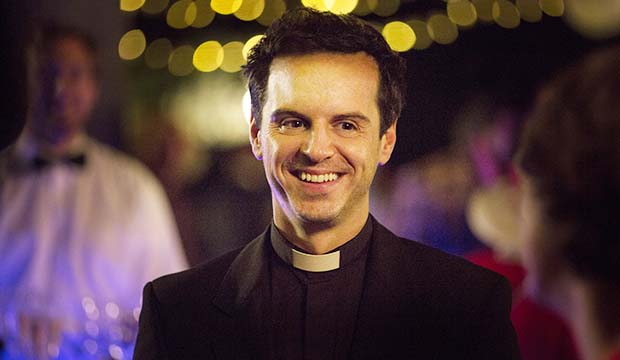 Andrew Scott was snubbed at the Emmys. He lost the Golden Globe. Now “Fleabag’s” Hot Priest is finally predicted to win a trophy thanks to Sunday’s 10th Critics’ Choice TV Awards. Scott contends in Best Comedy Supporting Actor for the second (and likely final) season of Amazon’s quirky series as the love interest of Phoebe Waller-Bridge‘s titular character. Hot Priest was undoubtedly one of the breakout television characters of last year, with Waller-Bridge even thanking Scott in her Golden Globe acceptance speech for being able to have “chemistry with a pebble.”

SEE Critics’ Choice TV Awards 2020 full list of nominations: ‘When They See Us’ leads with 6 bids, followed by ‘Schitt’s Creek,’ ‘This Is Us’ with 5 each

Speaking of the Emmys, Scott was snubbed by the TV academy despite the comedy series winning six trophies including casting. Scott’s addition to the show in Season 2 helped it break through the media landscape after being overlooked in Season 1, so it was strange to see him skunked for his supporting role.

SEE Will ‘The Irishman’ bounce back at the Critics’ Choice Awards?

The Golden Globes made it up to Scott by nominating him in their catch-all Best TV Supporting Actor category. He lost to Stellan Skarsgard for his dramatic turn in HBO’s disaster miniseries “Chernobyl.” Luckily for Scott, Skarsgard competes at the Critics’ Choice Awards in the limited series race, where he belongs.

The 2020 Critics’ Choice Awards will air Sunday, January 12 on CW from the Barker Hangar at the Santa Monica Airport.