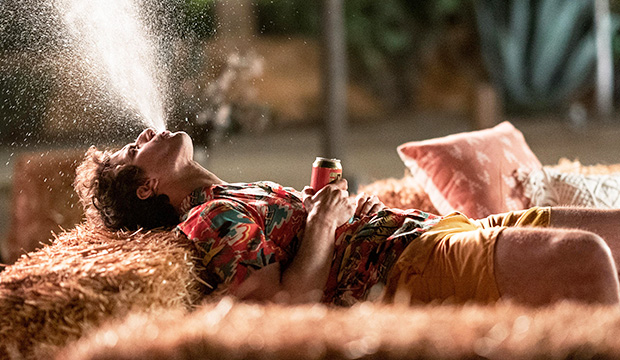 In “Palm Springs,” Andy Samberg plays Nyles, a wedding guest who has to live the same day again and again. The “Saturday Night Live” alum will be hoping this time-loop comedy can lead to history repeating itself at the Golden Globes.

The Hulu film is on track to be a real player with the Hollywood Foreign Press Association. Currently, it’s in third place in our Best Comedy/Musical Film odds at 5/1. Samberg sits even prettier in second place for Best Comedy/Musical Film Actor at 4/1 odds only behind former category champ Sacha Baron Cohen for “Borat Subsequent Moviefilm.” Trailing Samberg are former winner Bill Murray (“On the Rocks”), past nominee Dev Patel (“The Personal History of David Copperfield”) and Samberg’s fellow “SNL” star Pete Davidson (“The King of Staten Island”).

Even though Samberg’s not the front-runner, his Globes history suggests that won’t matter. The Emmy champ’s only previous Globe nomination came seven years ago in the Best Comedy/Musical TV Actor category for the freshman season of “Brooklyn Nine-Nine.” Just like now, he was in second in our odds then, but he ended up winning. “Oh, no! I didn’t prepare anything. It wasn’t gonna happen. You guys are the Globes right? Who knew? I guess I’ll just thank everyone,” Samberg said onstage.

Later in the evening, the show also took home Best Comedy/Musical Series despite being in — yup, just like “Palm Springs” — third in our odds.

While he hasn’t been nominated since — not a crazy development given how quickly the HFPA moves on from one new show to the next — Samberg has been no stranger to the Globes. In 2019, he co-hosted the awards with Sandra Oh. The duo went against the grain set by notorious Globes emcee Ricky Gervais by roasting the stars in attendance with compliments. (My personal favorite bit was when they played a highlight reel of “inspiring moments” that only featured the pairs’ Globe wins.)

So after winning a TV Globe and hosting the awards, Samberg could be in store for a case of “Groundhog Day.” 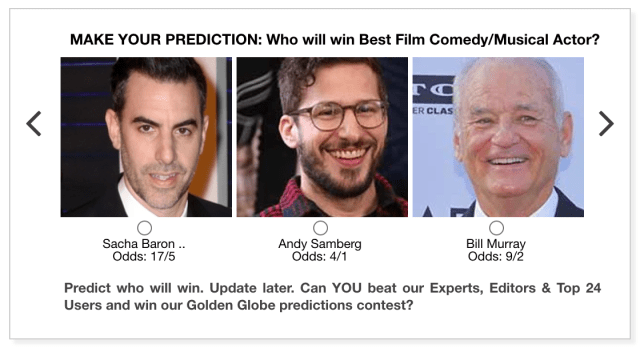