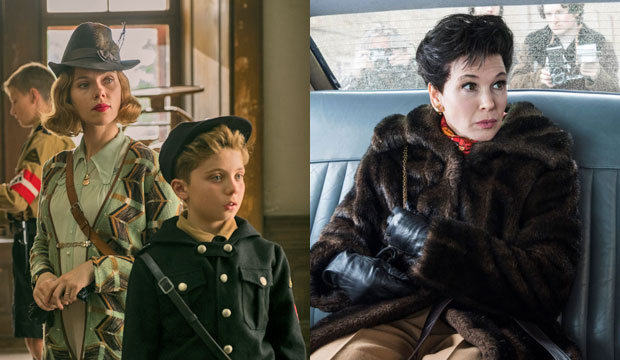 “I can’t find anyone who’s interested in the Oscars this year, civilian or academy member.” That’s the shocking revelation from a veteran academy member who spoke anonymously on Saturday. “It’s too soon this year. Too close to the Super Bowl. I’m voting tomorrow, but all the PC nonsense is ridiculous,” this older, white male voter revealed. He also says the reduced number of academy screenings, lunches and get-togethers hasn’t allowed him to compare notes with his colleagues.

“The idea that a sit-down lunch could buy my vote is insulting,” he says. “I just like talking to other voters. It’s the only real chance we get.” He also said he was largely unimpressed with current Gold Derby front-runner “1917.” He had a lot of problems with the plot. “The supposed single-take trick overshadowed the story. It got in the way,” he claims. “They couldn’t drop a note from an airplane?” he said, referring to the storyline that had two soldiers making their way to the front to deliver a message. “And they met other soldiers out for a joy ride? Never would have happened.”

He liked “Parasite,” though, calling it “completely original,” but said he’s only voting for it in the Best International Film category. And he’s still undecided about Best Director. But his number one film of the year? “I’m going with ‘Jojo Rabbit.’ It was just the best. Completely original. And I was ready to hate it.” He’s also picking “Jojo” supporting actress Scarlett Johansson over favorite Laura Dern. “I hated ‘Marriage Story,’ and it has nothing to do with Netflix,” he confided.

He’s keeping quiet about his other Best Picture choices, but did say, “I only pick three. I don’t rank all nine. And a lot of the other voters I’ve talked to do the same thing.” His one nod to this year’s front-runners in other categories comes in an enthusiastic vote for Joaquin Phoenix, but not solely based on his “Joker” turn. “I loved him in ‘Walk the Line.’ He should have won that year. He was great, he’s due.”

But he doesn’t sing the praises of Renee Zellweger for “Judy,” as many Gold Derby pundits have. “I love Saoirse Ronan. She’s one of our best actresses working, I like everything she does. I’m picking her.” Brad Pitt, meanwhile, deserves to win strictly on the merits of his “Once Upon a Time in Hollywood” turn. He says Pitt was “terrific,” adding that “he’s worth $100 million dollars, dates beautiful women. He doesn’t need my vote for anything other than his performance. He deserves to win for that alone.”

Political correctness didn’t influence his pick of Greta Gerwig for Best Adapted Screenplay. “‘Little Women’ is the best, hands down.” And for Best Original Screenplay he’s going with Quentin Tarantino for “Hollywood.” “The more I thought about it the more I thought that was the best story. Well structured and well told.” And so now we’ve been told.