The legendary Anthony Geary played Luke Spencer on “General Hospital” off-and-on from 1978 to his retirement from acting in 2015. He moved to Holland after leaving one of the most famous soap opera roles in history, but he popped back up on May 1 for a candid chat with his former costar Nancy Lee Grahn and Kaore Bonell on “Soaps in Quarantine.” Geary opens up about gaining fame at an early age (maybe too early), clashing with writers, and his biggest regret about his on-screen romance with Genie Francis as Laura Webber. Watch their no-holds-barred conversation above.

Luke and Laura are the most famous soap opera supercouple in history, even making the cover of Time Magazine, and Geary admits that the attention was “too much too soon … I don’t think I handled it very well at all.” And one aspect of their love story always “troubled” him: Luke raped Laura early on in their relationship, and there developed an uncomfortable disconnect between the violence of that act and the way it was viewed by some fans and even the writers.

“Somehow the audience identified with the pain of his action almost equally to the pain of the victim,” he explains, “and they suddenly started talking about it as a seduction. They started using those words in the scripts, and they tried to rewrite the history of what we all knew was a violent rape. I don’t care why he was upset. I don’t care how much he loved her. I don’t care how she responded. It was f*cking rape … The whole next sequence of my experience with ‘General Hospital‘ was trying to reconcile an audience that wanted it to have been seduction and the reality that it was rape.”

Geary is open about how he “always had a contentious relationship with soap writers.” He attributes that partly to the nature of the business where writers turn over more often than actors do, which put Geary in the position of feeling the need to defend Luke from scribes who would fundamentally change him. “I was pretty arrogant about it,” the actor admits. “I didn’t mind being that actor when it meant I was protecting a character I had given my whole f*cking life to.” He never wanted Luke to become a conventional leading man, so he resisted efforts to smooth out his rough edges.

He remembers, “I actually won an Emmy for a show that Genie and I completely improvised, or reworded.” He won Best Actor eight times at the Daytime Emmys overall, which made him the most honored actor in soap opera history and one of the most honored performers in TV history, daytime or primetime. Cloris Leachman holds the all-time record with nine total performance Emmys (eight in primetime, one in daytime), while Julia Louis-Dreyfus is tied with Geary at eight (all in primetime). And he kept Luke weird to the end. 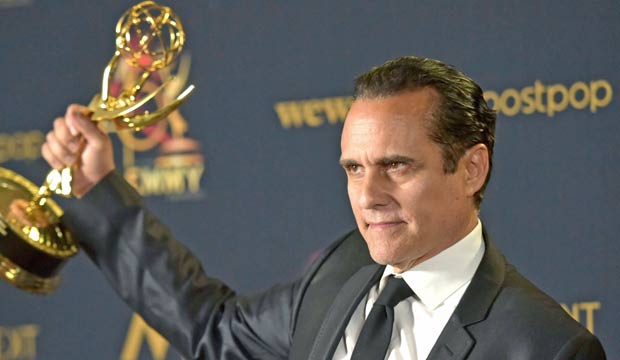