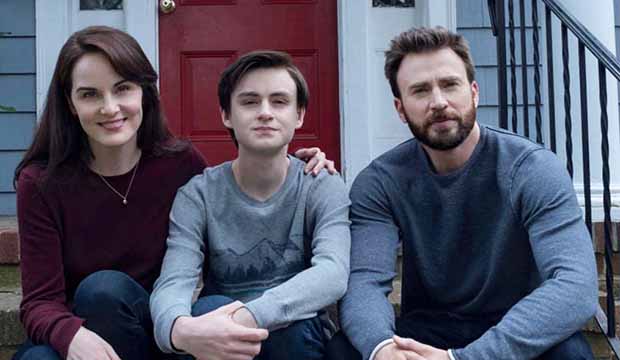 While much of the Emmy buzz for Apple TV+ has been for “The Morning Show,” there’s another popular series with beloved stars that might just take some attention of its own. “Defending Jacob,” the limited series starring Chris Evans as an assistant district attorney whose son is accused of murdering a classmate, has become a hit with Apple TV+ users, with reportedly the biggest debut viewership since “The Morning Show” premiered in November. That relative popularity may just translate to massive Emmy love.

Crime series like “Defending Jacob” have traditionally done very well at the Emmys, specifically in the limited series genre of categories. Recent shows of its ilk to earn multiple nominations include: “Escape at Dannemora,” “The Alienist,” “The Night Of,” “American Crime,” “The Night Manager” and both seasons of “American Crime Story.” These kinds of addictive crime/legal dramas and mysteries are a favorite of the TV academy’s even showing up frequently in the drama categories as well. Among the top contenders in Best Limited Series this year that most are predicting to be nominated, only Netflix’s “Unbelievable” fits into that categorization, so there may be room for another.

“Defending Jacob” is an easily digestible series with a starry cast that should get some consideration from the academy. In addition to Evans, Emmy nominee Michelle Dockery plays his wife, Laurie, while “It” star Jaeden Martell plays the titular son. The supporting cast boasts a bevy of accomplished actors like Emmy winner Cherry Jones, “Get Out” standout Betty Gabriel, Emmy nominee Pablo Schreiber and Academy Award winner J.K. Simmons. All episodes were directed by Oscar nominee Morten Tyldum and written by screenwriter Mark Bomback. While the series may not have the most universal acclaim among the top limited series contenders, the pedigree involved onscreen and off should not be overlooked.

Of all possible nominations for “Defending Jacob,” it seems Evans is the most likely to land Emmy recognition. He currently has the highest odds in our prediction center, placing in the top 10 of Best Limited Series/Movie Actor contenders. It is a very baity part for the actor, who has spent much of the past decade playing Captain America in the Marvel Cinematic Universe and now gets to display more of his skills as a dramatic actor.

As Andy Barber, Evans conveys the inner torment of fighting for his son’s innocence while being haunted by his past and trying to keep everything together. Viewers used to only seeing him donning a superhero costume might by especially impressed with Evans’ ability to go there emotionally and take what could be a standard crime mystery to greater heights through his performance. Whether Evans can land that first nomination remains to be seen, but among all elements of “Defending Jacob,” his chances are higher than many are predicting.