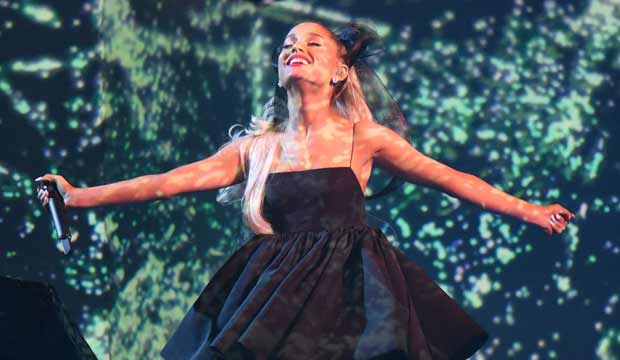 Things have been looking up for Ariana Grande. She won her very first Grammy last year: Best Pop Album for “Sweetener.” Then a few months after that album’s release she dropped another new album, “Thank U, Next,” which produced her first number-one singles and brought her more Grammy nominations than she has ever had before in a single year. But can she overcome a crowded field of pop upstarts to win again?

This year Grande is up for five prizes: Record of the Year and Best Pop Solo Performance for “7 Rings,” Album of the Year and Best Pop Album for “Thank U, Next” and Best Pop Duo/Group Performance for “Boyfriend,” her collaboration with Social House. This is the first time she has ever been nominated in the top general field categories. For that matter, it’s also the first time she has ever gotten more than two nominations in one year. So if she could win last year, it should be a snap for her to win now, right?

Well, maybe not. Her competition is a lot different this time around. Though she’s only 26, she’s ironically a veteran in this field, with a few pop upstarts threatening to overshadow her, including teenager Billie Eilish, who is nominated in all the same categories as Grande except for Best Pop Duo/Group, and 20-year-old Lil Nas X, who challenges her for Best Pop Duo/Group with “Old Town Road,” a hit that was even bigger than Grande’s singles last year — record-breakingly so.

As a result, Grande is not currently predicted to win any of her five nominations in our odds, which are based on the combined predictions of thousands of Gold Derby users who have placed their bets here in our predictions center. But what’s her best chance at an upset?

She’s the powerhouse pop vocalist here, and voters love those in the pop field (Kelly Clarkson and Adele are past winners). So a couple of our Top 24 Users, who got the highest scores predicting last year’s Grammy winners, think she’ll upset Eilish for Best Pop Album, while one of our Top 24 also thinks she’ll overtake both Eilish and Lizzo for Best Pop Solo Performance. Where do you think she could stage a Grammy coup?