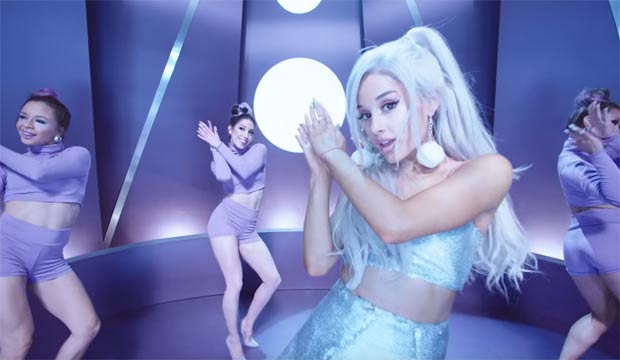 Ariana Grande is up for five awards at this year’s Grammys, more than she has ever received in a single year. That includes her first ever noms for Album of the Year (“Thank U, Next“) and Record of the Year (“7 Rings“). But does that mean her very best songs are the ones from that latest album? Find out by clicking above to see our countdown of the 18 best songs of her career so far.

It took a minute for the Grammys to catch on to Grande. Known early on for her roles on Nickelodeon sitcoms “Victorious” (2010-2013) and then its spinoff “Sam and Cat” (2013-2014), the recording academy might not have taken her seriously enough as an artist when she released her debut studio album “Yours Truly.” She didn’t earn a single nomination for that collection.

But she broke through in 2015 with her second release “My Everything,” for which she contended for Best Pop Album in 2015. And she has been nominated in that category for every successive album: “Dangerous Woman” in 2017, “Sweetener” in 2019 and now “Thank U, Next” in 2020. She won the award for “Sweetener,” which was the first Grammy of her career, though she wasn’t in attendance to accept the honor.

She will be at the Grammys this year, though. She’s performing during the telecast a year after she came into conflict with the show’s producer about taking the stage. But will she also be on-stage to accept her first trophies live and in person? In addition to Album and Record of the Year and Best Pop Album, she’s up for Best Pop Solo Performance (“7 Rings”) and Best Pop Duo/Group Performance (“Boyfriend,” her collaboration with Social House).

She faces a tough battle from teen breakout Billie Eilish, against whom she goes head-to-head in all her categories save Pop Duo/Group, where she happens to be up against the record-breaking hit “Old Town Road” by Lil Nas X and Billy Ray Cyrus. How many awards (if any) do you think she’ll win, and what previous songs from her catalog did she most deserve Grammys for? Check out our rankings of her hits, and let us know what you think we got right and what we got dead wrong.