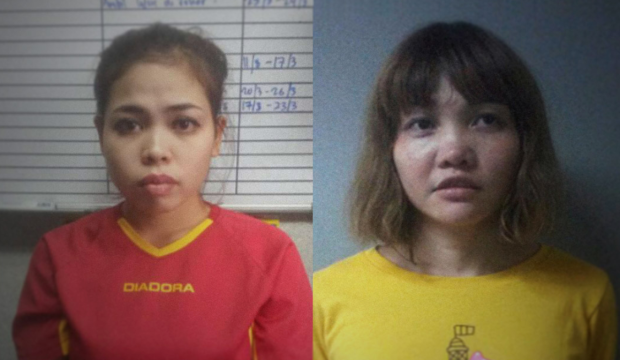 John Le Carre or the late Ian Fleming could have come up with the plot of the new Greenwich Entertainment documentary “Assassins”: Two young women are accused of the 2017 assassination of Kim Jong-Nam, the half-brother of North Korea’s dictator Kim Jong-Un, in broad daylight at the Kuala Lumpur Airport by spreading VX nerve agent on this face. Were they pawns of the ruthless Supreme Leader of North Korea, who in a Shakespearean move, wanted to cement his power or were the women working alone? Not surprisingly, North Korea denied any involvement in the murder.

Directed by Ryan White (“The Keepers,” “Ask Dr. Ruth”) and produced by his longtime collaborator Jessica Hargrave, “Assassins” earned strong reviews at the Sundance Film Festival; it’s currently at 100% fresh on Rotten Tomatoes. Variety’s Owen Gleiberman called it “a terrific true-crime story, but also a documentary thriller about the new world order. We’re shown photos and videos of the young women, and they look like grinning teenyboppers — Siti Aisyah, who is Indonesian, with bright red lipstick and braces, and Doan Thi Huong, from Vietnam, with her face poised somewhere between a sulk and a smirk. For a while, it may seem like we’re watching some bizarre nonfiction version of an indie thriller from A24: ‘Global Girl Assassins a Go-Go!’” The film is set to open theatrically on Dec. 11.

Deadline’s Pete Hammond moderated a recent discussion with White and Hargrave. White recalled that when the killing happened in February 2017, it was the first month of President Trump’s term, who was “dominating” the news headlines. “I think [the murder] was kind of a blip on the radar,” he explained. “This assassination is probably one of the biggest political assassinations of our lifetime and normally would have gotten more coverage. So, we kind of forgot about the story.” Later that year, White was approached by journalist Doug Bock Clark who had written an article for GQ on the murder concentrating on the life of Sita Aisyah. “Literally a few weeks later, Doug and I were on a flight to Malaysia with our DP John Benam and we were making the film. I knew this was such a compelling, literally unbelievable story.”

Hargrave didn’t know if they would be able to access the CCTV footage of the assassination. “We were able to get it through few different sets of hands. We were nervous at first, honestly, because the case is so complicated. We were weren’t really sure who captured this and how many hands did it pass through before it came to us. We ended up buying a burner computer.”

They watched the footage over and over again, noting that the faces of the same North Korean men would pop up in various locations in the airport. “You realize in that footage; they were flanked by these men as they were doing what they did that day. It’s just really terrifying.” The two women, who wanted to better themselves, were seeking the camera, said Hargrave. “That’s what’s so interesting. They were a bit vulnerable in their personal situations and they wanted a better life. They wanted a way out and they thought that a camera was going to do that. They thought fame was going to be that and social media and all of those things. They became famous for the worst reason. It’s really, really interesting to see how it played out for them.”

On the flip side, said White, “North Korea could have put off this assassination without cameras too. They normal North Korean M.O. for assassination someone is a dark alley or very, very subversive. So, there’s a reason that north Korea did this in such a spectacle. We can conjecture a million different ways on why they did it, but they orchestrated this to happen on camera.”

White admitted when they started the documentary, they weren’t sure the women were innocent. But once they saw all the CCTV footage and they evidence their women’s lawyers were showing them “we started to have our own eyes open to the possibility that these women were innocent. I give credit to both of those legal teams, but I think they knew the stakes were so high-it’s like death for their client. They believed so fully in their clients’ innocence that they opened up everything to us.”

Both women were released from prison in 2019. In the case of Aisyah, she was released first after a high-powered appeal from the Indonesian government. Huong then pleaded guilty to causing bodily harm and sentenced to 40 months, but was released due to time served and a sentence reduction. Seven North Korean men were implicated by the police for their involvement, but they four escaped after the attack and three more were a lot to leave after North Korea refused to allow Malaysian diplomats to leave the country,

Though they never met the women until they were released from prison, White saw them every day at the yearlong trial. “The idea that our main subjects might not survive was really horrific,” he said. ‘We even had questions like ‘Can we release the film if they die in the end? Who wants to watch that? So, thank god it worked out the way it did, but it was a total surprise.”