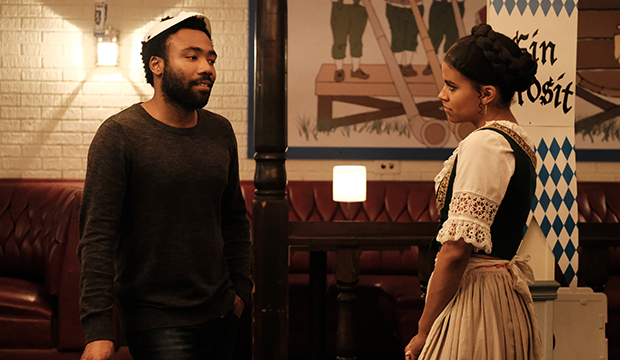 “Atlanta” is set to return to production in the first half of 2021 for its third and fourth seasons, but it does not have new premiere dates yet, FX Networks Chairman John Landgraf announced Wednesday during a virtual panel to promote the network’s fall lineup.

Prior to COVID-19 shutting down the industry, “Atlanta” was supposed to shoot Seasons 3 and 4 back to back this year, with Season 3 set to premiere in January 2021 and Season 4 later in 2021. The “intent” is still to film both seasons at once next year once scheduling and safety protocols are ironed out, Landgraf said. One season takes place primarily in Europe and the other in Atlanta.

“However, the availability has been pushed back because of COVID,” Landgraf explained. “That just had to do with our sense of when we could return to work safely and then we had to coordinate all the actors, all the cast, basically, for what is really shooting two seasons at once. So we haven’t announced that [premiere] date yet. But unfortunately — heartbreakingly for me because I love the show so much and want it to be part of my schedule always — it has been pushed back a little bit.”

SEE Keep ‘Atlanta’ out of your Emmy predictions this year

The good news is that star and creator Donald Glover “and his intrepid team of partners” have completed all the scripts for both seasons during quarantine. “One of the things that’s been an unexpected boon from COVID-19 was that writers have had a lot of time to write,” Landgraf noted. “[They’ve] written everything for Seasons 3 and 4, all the episodes.”

Depending on when in the first half of 2021 that “Atlanta” shoots, it may miss the Emmys for the third year in a row. The show last aired in May 2018, when Season 2 — which premiered 18 months after Season 1 — ended. It competed at the Emmys for its first two seasons in 2017 and 2018, winning Best Comedy Actor and Best Comedy Directing for Glover for Season 1, and was nominated for Best Comedy Series both times, losing to “Veep” and “The Marvelous Mrs. Maisel,” respectively.

FX previously renewed “Atlanta” for a third season in June 2018 and for a fourth season in August 2019, but production was delayed to accommodate Glover’s busy schedule.

“Atlanta” is just of FX’s many shows returning to production amid the pandemic with safety measures in place. “Better Things” and “What We Do in the Shadows” are also resuming filming in the first half of 2021, Landgraf shared. “Pose,” “Snowfall,” Mayans MC,” “American Horror Story,” “Mr. Inbetween” and “Dave” are in pre-production. “The Old Man,” “Y: The Last Man” and “Impeachment: American Crime Story” are completing or beginning production in the fall. Season 4 of “Fargo,” which shut down in the spring with two episodes left to film, completed production on Tuesday and will premiere with two episodes on Sunday, Sept. 27 at 9/8c (subsequent episodes will air at 10/9c).