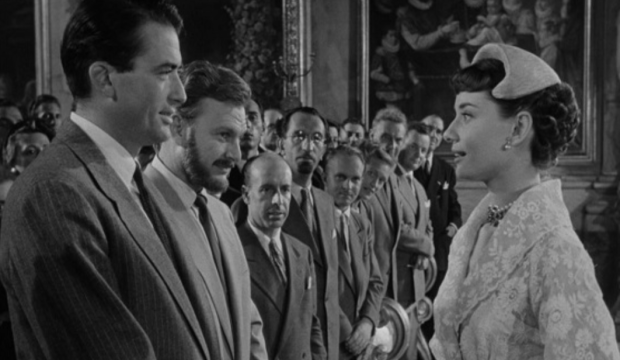 Unlike many of the leading lights from the Golden Age of Hollywood, Audrey Hepburn’s star shines as brightly now as it did during her heyday in the 1950s and 60s. Not only did she win an Oscar at 24 for her first major Hollywood movie, 1953’s “Roman Holiday,” she was also nominated for 1954’s “Sabrina,” 1959’s “The Nun’s Story,” 1961’s “Breakfast at Tiffany’s” and 1967’s “Wait Until Dark.” The lithe, lanky Hepburn, who died in 1993 at the age of 63, was also a fashion icon and muse of Givenchy. She was a beloved humanitarian, who was a Goodwill Ambassador to UNICEF and traveled tirelessly worldwide to call attention to the organization’s lifesaving programs.

She is the subject of a new documentary “Audrey,” currently on DVD and available on digital and VOD on Jan. 5. Besides clips from her films and vintage interviews with Hepburn, the documentary includes interviews with her son Sean Hepburn Ferrer by her first husband actor Mel Ferrer (she was also married to Italian psychiatrist Andrea Dotti) her granddaughter Emma Hepburn Ferrer, director Peter Bogdanovich and close friends. “Audrey” filmmaker Helena Coan recently chatted with us.

You were born a year after Audrey died. Do you remember when you first started watching her movies?
HC: When I was a kid we watched ‘My Fair Lady’ a lot growing up. So, I was kind of aware of her films from a very young age. Then as I grew up, I was kind of the lanky, skinny, dark hair, dark eyes kid at school. I remember my dad just kind of just made a comment about my resemblance to her. As I got older and became more interested in film in general, I really started to understand she was much more complex and interesting than she had been made out to be. I think she was always portrayed as this kind of paragon of perfection, elegance and grace. Of course, she was very elegant and graceful, but she was also a real human being with all the complexities and difficulties that women and people go through.

I had no idea her parents were initially admirers of Hitler.
HC: Her father was a fascist and then he left the family to join the British Union of Fascists. But before the war happened, her mother was a Nazi sympathizer. At least I don’t think her mother was actually anti-Semitic but rather a Hitler fan. But when the war actually happened and she was trapped in Holland with her daughter after her husband left her, I think she realized the error of her ways. Audrey spoke about seeing young children loaded into cattle trucks who were being take to gas chambers. She had no idea what was going on. She almost died during the war. She was extremely malnourished and barely survived it. So, she had a very difficult childhood.

She found her father in 1964 and went to visit him in England. The visit didn’t go very well.
HC: I think she had a right to find out for herself why her father left and who he was now. He had a whole other family after he left them. I think she had a real void in her life. She was this huge star, but there was this kind of gaping wound of having been abandoned. I’m a child of divorce, but I’m very much in contact with both of [my parents]. Whereas her dad just completely disappeared with literally no explanation at first. I think she made the right decision to go and see for herself what he was like, but she got the answer that she didn’t want-he was a very cold kind of emotionally inept man. He never gave her what she needed from her father, which I think let her to find that in other places, which didn’t go very well. I think her relationships with men were very difficult, particularly with her second marriage.

I read that her first husband Mel Ferrer was jealous of her success.
HC: I don’t know if that’s true about Mel. I didn’t find that in my research of which I did a huge amount. What I did find is that I think Mel was a controlling and demanding man. I think he had a big part to play in Audrey’s career. Because of that reason I think it completely eroded their marriage. They lived and worked together; they were together all the time. I think he guided Audrey’s career, but I think he became too controlling and she stepped away from the marriage because of that. But as her son says in the film, [Ferrer] regretted that the rest of his life having let the marriage fall apart. But with Andrea, I just don’t know. I wonder what the appeal was [for Audrey]. To be honest, he treated her so badly. I think because he was out of Hollywood, maybe that was something. And she loved Italy and Rome, but he treated her very, very badly.

I think Audrey was so adored during her lifetime and even now because not only did men love her, but women felt she could be their best friend.
HC: I think she stood for something different than the kind of Hollywood state of mind and the whole culture of Hollywood. She as obviously European and lived outside of Hollywood. She represented that possibility of a different type of woman. She showed another way for women to look. I think women, obviously for the history of humanity, have been pushed into certain boxes or certain roles and viewed in certain ways. I think she was like a stepping stone to the movement, which is now very prevalent of body positivity and things like that. I think she represented a different way women could look. They didn’t have to have big breasts or wide hips or be really curvaceous or be blonde and blue-eyed. She was totally different. I think it can’t be underestimated how powerful and evolutionary that was.

You mainly talk with her son, granddaughter and friends in the documentary. The only real Hollywood interview is with her “They All Laughed” director Peter Bogdanovich.
HC: I never intended to make a documentary about her film career because if you want to learn about her film career, go and watch her films. There’s no better way to do that. But the intention for this film was always to look at the person behind that and why she is such an icon still to this day. I was so happy to have Sean involved and Emma, her granddaughter. We had interviewed Emma for about 10 hours. [Bogdanovich] was interesting as well because he worked with her at a very crucial moment in her life when she was going through the divorce with Andrea. He talks in the film about how she was very anxious in that period and how when she was in front of the camera, she was kind of in control and did amazingly and then as soon as he yells cut, ‘She went back to Audrey with the cigarettes.’ I think for me, reaching out to people like him and having people who saw both sides of her was really interesting.

She did find happiness with Rob Wolders in Switzerland and working with for UNICEF.
HC: I think her relationship with Rob was wonderful. They had a very strong connection and he loved her very much. She loved him very much. I think her home in Switzerland was her dream home. It was kind of everything she ever wanted. And it’s very rare to have someone who’s such an icon and such a Hollywood legend, give everything up to help people. The compassion and love for humanity she had, I think is for me what makes her so timeless because she stood for something that is timeless, which is love and compassion.