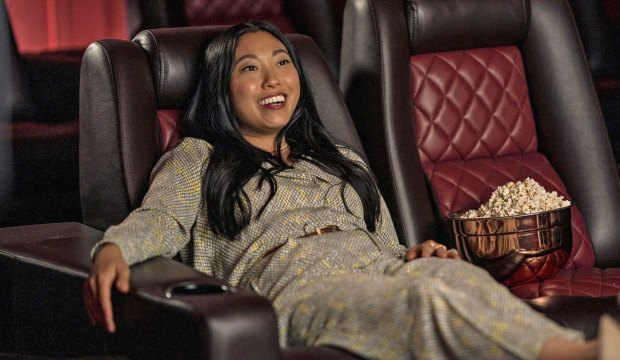 When it comes to awards, sometimes when it rains it pours. There’s a halo effect for some entertainers where multiple organizations rush to honor them at once. Bryan Cranston won a Tony and earned an Oscar nomination in the immediate afterglow of “Breaking Bad.” Adele won an Oscar right after she swept the Grammys with her cultural phenomenon album “21.” Now the same could happen for Awkwafina, who had a big year in 2019 thanks to her performance in “The Farewell” and could ride that wave to an Emmy nomination for “Nora from Queens.”

SEEMidge vs. Moira: Rachel Brosnahan and Catherine O’Hara are in a near dead heat in our comedy actress Emmy odds

Awkwafina has been on the rise for a few years now, going from a rapper and comedian to scene-stealing supporting roles in “Ocean’s 8” and “Crazy Rich Asians” (both in 2018) and then showing off her dramatic chops in the indie film “The Farewell.” She starred in that movie as an Asian-American woman struggling to decide whether to tell her grandmother that she’s dying of cancer or go along with the lie the rest of the family has been telling the ailing woman.

That performance won her a Golden Globe for Best Film Comedy/Musical Actress, which made her the first Asian performer ever to win that award. She was snubbed at the Oscars, but now the television academy has a chance to avenge that slight. She plays a fictionalized version of herself in the comedy series “Awkwafina is Nora from Queens” on Comedy Central, which renewed the show for a second season before the first had even started airing.

And the door is open in the Best Comedy Actress race. Only three of last year’s six nominees are eligible to return: Rachel Brosnahan (“The Marvelous Mrs. Maisel”), Catherine O’Hara (“Schitt’s Creek”) and Christina Applegate (“Dead to Me”). Waller-Bridge’s show ended its run. So did Julia Louis-Dreyfus‘s (“Veep”). And Lyonne’s “Russian Doll” won’t return with new episodes in time to compete in this Emmy cycle. Our users are pretty confident that Awkwafina will fill that void; as of this writing she ranks among our top six predicted nominees with odds of 15/1. Might we be underestimating her chances of winning?