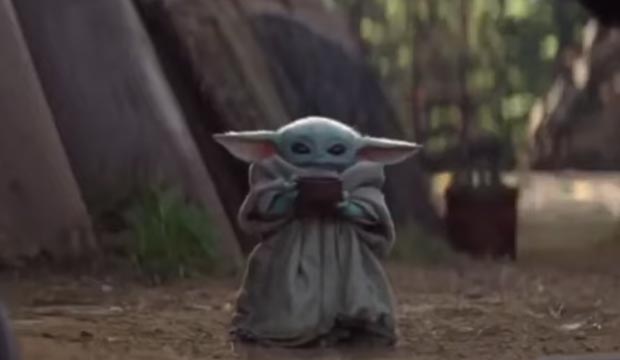 One of the biggest surprises in the 2020 Emmy nominations was seeing “The Mandalorian” nominated 15 times, and it’s all thanks to breakout star Baby Yoda. That number is more than many established series received, including “The Crown” (13), “Westworld” (11), “The Handmaid’s Tale” (10) and “Stranger Things” (8). We know what you’re thinking: how can a non-human character like Baby Yoda even be nominated for Emmy Awards in the first place?

Well, this cute tea-sipping puppet is the result of dozens of technical wizards working together behind the scenes, most of whom were recognized with Emmy bids on Tuesday morning. In other words, when TV Academy members were marking their ballots for “The Mandalorian” in categories like visual effects, costumes and makeup, they were essentially voting for Baby Yoda … as well as spaceships, creepy aliens, light saber battles, etc.

Just look at the Emmy ballot description for the show’s visual effects submission: The Mandalorian enlists the help of Kuiil to negotiate with scavengers who have stripped his ship. For the parts, they demand a mudhorn’s egg — a rare delicacy — which the Mandalorian is able to retrieve with the unexpected help of the Child. That’s the second episode, the one in which the Child, aka Baby Yoda as he’s known in the fandom, uses his magic powers for the first time.

Baby Yoda burst onto the scene last November on Disney+ as the latest “Star Wars” puppet to steal our hearts. The eight-episode first season stars Pedro Pascal as Mando/Din Djarin, a bounty hunter who finds himself in all kinds of trouble when he takes a job involving the 50-year-old baby. Jon Favreau created the project based on George Lucas‘ “Star Wars” universe, though none of the original characters appeared. Season 2 of “The Mandalorian” is set to air later this fall.